Good Girls Season 4: Explanation of the End of the Netflix Series! 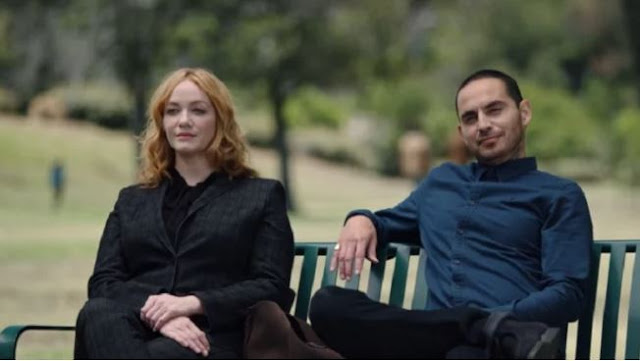 FIND GOOD GIRLS ‘SEASON 4 END EXPLANATION ON NETFLIX! IS BETH DEAD? TAKING BACK CONTROL IN THEIR LIFE AND MORE.

Good Girls is available on Netflix! If you want to know the explanation for the ending of Season 4 of Good Girls, read on! After setting the stage for their move to Nevada, Beth, Ruby, and Annie seem ready to finally put their plan into action, they have enough money and Beth’s recent election to city council has let things calm down just enough. so that they can slip away. To find out when Season 5 will be released, read this.

However, the plan does not go as planned. Mick, Rio’s henchman, breaks into Beth’s house and shoots her, curiously leaving the pistol at her house before the girls can leave. Beth finds herself dreaming about what life would be like in Nevada, and it quickly becomes clear that she and the girls won’t be able to put their criminal lives behind them.

When Beth regains consciousness, she announces to the girls that she will not be moving to Nevada and that she also believes there was an ulterior motive behind her shooting. In the end, Ruby is torn between staying with Beth or moving to Nevada with her husband. We see Annie being arrested as Beth and Rio form a new alliance to continue her work on the city council. We tell you all about the explanation for the end of Season 4 of Good Girls on Netflix!

EXPLANATION OF THE END OF GOOD GIRLS SEASON 4 ON NETFLIX!

While Beth’s shooting seems serious and with far-reaching consequences, the next scene shows us that we have jumped back in time and are reunited with everyone in Nevada. Beth survives the assassination attempt, Ruby and Stan test the jingles in their new nail salon on their daughter Sara, and Annie lives with Ben and Kevin in their dream RV.

This moment represents Beth’s realization that while her life as a criminal came with a lot of dangers, she came to think of it as the way she wanted to live.

Beth convinces Ruby and Annie to go back to basics and commit a good ‘store heist, which ends as badly as it gets when an armed customer shoots Beth in the chest. As she passes away, she realizes her new life in Nevada was just a dream.

After Beth wakes up in Michigan with Mick’s bullet hitting her shoulder without being fatal to her, the episode heads to its conclusion and we see where Good Girls might have gone had they had one. more season to wrap it all up. The group quickly realized that Mick’s assassination attempt, orchestrated by Nick, was not intended to kill Beth.

After all, he left the gun he used to kill her at the crime scene, a gun we’ve seen on the show before. This is the weapon used to kill Lucy, the counterfeit banknote printer, in Season 3. As Annie is taken away by the police, Ruby is faced with an important decision. Stan has already made an offer for a house in Nevada and he plans to go with Sara. The last time we saw her, Ruby was looking at an empty suitcase and deciding if she was going to abandon Beth or watch her family leave her behind.

DOES THE SERIES END ON A HAPPY END?

Speaking of Beth, she is the closest character to a happy ending among the three main characters. In the last scene of the series, she is seen meeting Rio on a park bench after giving up on her plans to move to Nevada. Now that she’s on City Council and survived Nick’s attempt to get her arrested for Lucy’s murder, she has put herself in a position of real power.

While all three of these endings leave clear questions that call for an answer – is Annie really going to give up on a crime she didn’t commit? What is Ruby going to decide to do? How will Beth and Rio’s relationship change now that she’s the leader? It’s, in its own way, a fitting end to the series.

We’ll never know how the story of these women ends, but maybe that’s a good thing because their stories never really had a clear conclusion. Maybe an unresolved ending was always the best note to end Good Girls on.