Hawkeye: Disney + to air first episodes of the series! 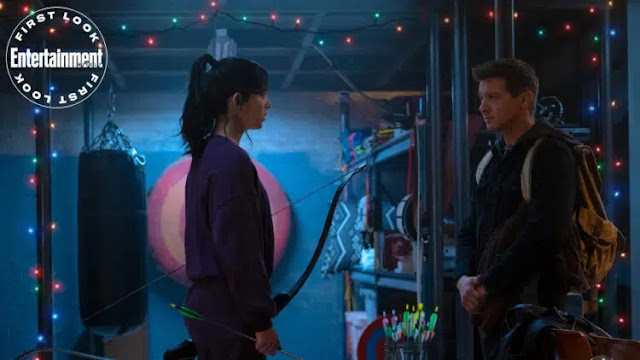 The Marvel Hawkeye series will air on November 24, 2021, on the SVOD Disney + platform. An announcement that will delight some MCU fans.

Finally! Our colleagues at IGN media have just announced great news for MCU fans. Disney + has finally given a release date for the next series from Marvel Studios: Hawkeye. The show will be broadcast on the platform from November 24.

As you probably know, Loki has just ended. In addition, “What If…? »Would be available on August 11th. As for the Hawkeye series, the information shared by Disney + shows that the show will be broadcast in the next number. The announcement was made by the studio on social media.

For people waiting for the series, the episodes will air weekly starting Wednesday, November 24, 2021.

As a reminder, the Hawkeye series was created by Jonathan Igla. The show tells the story of the main character, played by Jeremy Renner, who will recover from the events of “Avengers: Endgame” and how he will pass the torch to Kate Bishop. The cast includes several actors, including Vera Farmiga, Fra Fee, and Tony Dalton. Their roles are still unknown.

Florence Pugh will also participate in the series. The actress previously starred in the Marvel Studios movie Black Widow.

The series will air on Wednesdays, as the series Loki

The show’s air date is set for Wednesday, like Loki. At this time, the studio has not released the number of episodes. Note that the old Marvel series was broadcast on Fridays.

After the Hawkeye show, other series from Marvel Studios are planned on the Disney + platform, including “Ms. Marvel”, “Moon Knight”, “She-Hulk”, and more. Loki fans will be entitled to a second season, as announced in the last episode of the series.

For movies, the studio will soon be releasing “Shang-Chi”, “The Eternals” and “Spider-Man No Way Home” before the end of the current year.