He’s All That: Explanation Of The End Of The Netflix Movie! 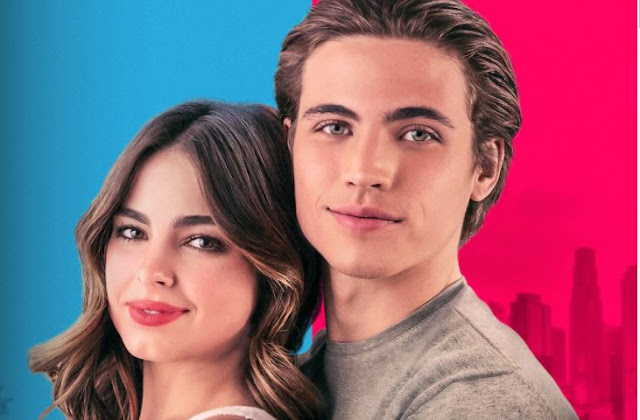 FIND THE EXPLANATION OF THE END OF HE’S ALL THAT  ON NETFLIX! PADGETT AND CAMERON END TOGETHER?

He’s All That is available on Netflix! If you want to know all about the explanation at the end, read on! No one asked for a reverse remake of the 1999 romantic comedy He’s All That, and yet He’s All That is still hitting Netflix this weekend.

This time, Tik Tok star Addison Rae is playing the role of a shallow social media influencer who makes a bet with her friends that she can turn one of the less popular boys in her school, a youngster. from the anti-social counterculture named Cameron Kweller into a handsome king of the promo. Of course, the fact that he’s already attractive like a movie star, even with his long hair, isn’t for nothing, but that’s Hollywood.

For fans of the 1999 movie, there are a few fun surprises, including the fact that Cook plays Rae’s mother onscreen. Comedian Matthew Lillard, who played the reality TV star known as Brock Hudson in the original movie, also makes an appearance. Now, if you’re done watching the movie and want to know all about the ending of He’s All That on Netflix, we’ve told you all!

EXPLANATION OF THE END OF HE’S ALL THAT ON NETFLIX

In the hours leading up to the prom, Padgett realizes that everything she’s built on her social media is wrong and that her biggest concern is not losing Cameron. She goes to the ball anyway and asks Brin to try to persuade Cameron to come too.

As expected, Padgett wins the title of Prom Queen, but she takes the stage and explains that her perfect character is fake and all that matters to her is not losing Cameron. As she walks out of the party, Cameron arrives on a horse, and the two kiss. The ending of He’s All That then shows the two men riding horses and traveling around Europe together.

So it looks like Cameron and Padgett end up reuniting and their relationship is real, and not just a high school fling. At the end of He’s All That, we see the two men living their dreams together. In an earlier scene where the two open up to each other, Cameron reveals he wants to travel the world while Padgett admits she has always dreamed of going to Paris.

The ending of He’s All That shows us photos of the two characters in Paris and a few other countries, probably symbolizing the fact that their individual dreams have become common dreams that they undertake together. The fact that they get matching tattoos, while a bit cliché, also shows that they are both very attached to each other in making such an important milestone together.

HAS SHE RECOVERED HER SPONSORS ON SOCIAL MEDIA?

At the end of He’s All That, it is not revealed whether Padgett recovers his lucrative sponsorship deal with Bunny Venom. However, she definitely has more followers than at the start of the movie, and her new, changed and less superficial personality seems to be even more popular online. Considering she’s still saving for her college, Padgett may have secured other lucrative social media contracts that fit her new take on life.