He’s All That: Find the actors and actresses and their Instagram! 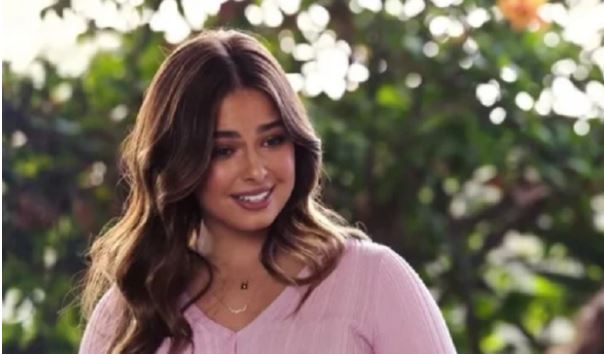 DISCOVER ALL THE NEWS ABOUT HE’S ALL THAT, ACTORS ON NETFLIX! CHARACTERS, INSTAGRAM, AND MORE.

He’s All That is available on Netflix! If you want to know everything about the actors and actresses of He’s All That, read on! Addison Rae and Tanner Buchanan have teamed up to co-star in an interchangeable remake of the teenage movie classic, aptly titled He’s All That. For the explanation of the ending, read this.

And even though Rae is a new professional actress, the film has an impressive pedigree: It’s directed by Mean Girls director Mark Waters, and, of course, it has as its core material one of the most popular teen romantic comedies. most iconic of the 90s: He’s All That, loosely based on the classic Pygmalion story. If you want to find the Instagram of the actors of He’s All That and know everything about their character, read on!

WHERE CAN I FIND THE ACTORS OF HE’S ALL THAT ON NETFLIX?

As Padgett Sawyer, a heartbroken high school student who agrees to turn the least popular boy in school into the king of the prom, Addison Rae stars as the protagonist of the remake of He’s All That. In 2019, Rae rose to fame thanks to TikTok, where his dance videos raised his profile. She is now considered one of the highest-paid TikTok personalities, according to Forbes. To find Addison Rae on Instagram @addisonraee!

As Cameron Kweller, an unpopular and asocial loner who becomes the center of two popular girls’ challenges to turn high school’s biggest jerk into a hottie, Tanner Buchanan goes from punk to hunk in He’s Too Good. on Netflix. To find Tanner Buchanan on Instagram @tannerbuchananofficial

Madison Pettis stars as Alden, Padgett’s popular friend who challenges our main character to “make a stranger a new Jordan”, and plays an important role in He’s All That. To follow Madison Pettis on Instagram @madisonpettis.

As Madame. Sawyer, Padgett’s mother, Rachael Leigh Cook receives tribute through this role in He’s All That on Netflix. Ms. Cook played Laney Boggs, the bespectacled idiot who becomes the sexiest girl in school in She’s Too Good. To follow Rachael Leigh Cook on Instagram @rachaelleighcook!

As Jordan Van Draanen, Padgett’s ex-boyfriend after a disastrous breakup, Peyton Meyer is at the center of our lead character’s worst moment of life in He’s All That. To follow Peyton Meyer on Instagram @peytonmeyer.

Playing the role of Alden’s friend Quinn, Myra Molloy has a notable supporting role in He’s All That on Netflix. Previously, she had played the role of Wish in HBO Asia’s Halfworlds series. To follow Myra Molloy on Instagram @myramolloy!