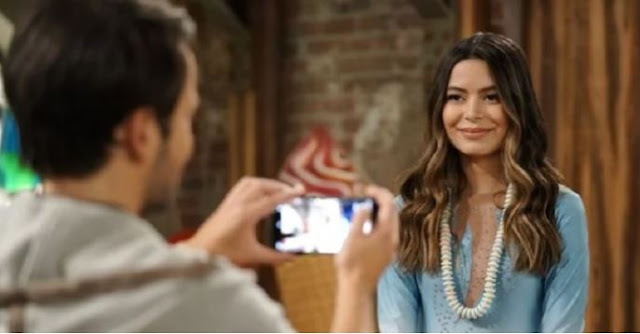 DISCOVER ALL THE NEWS ABOUT THE ICARLY SEASON 2 RELEASE! RELEASE DATE, RENEWAL, AND MORE.

iCarly was one of Nickelodeon’s most popular series when it aired from 2007 to 2012. Carly’s takeover of Paramount + was also a resounding success. ”On the ViacomCBS / Paramount streaming service.

The new iCarly picks up ten years after the original series ended and reunites Carly with eccentric big brother Spencer and loyal best friend Freddie Benson. In her twenties, Carly returned to Seattle and decided to relaunch her popular streaming web series iCarly, but this time with the help of Freddie and her new roommate Harper.

Freddie has also grown up, he is now twice divorced and a single father raising his extraordinarily intelligent daughter Millicent. Of course, the banter continues to flow as the group navigates the trials of adult millennials.

Carly’s success is down to how the revival has replicated the wacky charms and wacky jokes of the original series while keeping in mind the maturity of the characters. Carly, Freddie, Harper, and Spencer now tackle grown-up topics like romantic relationships, divorce, and the issues of being social media influencers with the cheerful poise that characterizes them. So will there be an iCarly Season 2 coming soon?

WHAT IS THE RELEASE DATE FOR ICARLY SEASON 2?

The first season ended on August 26, 2021, with 13 episodes. On July 15, 2021, it was officially announced that the series would be back for a season 2. Three months is enough for the cast and crew to prepare a new season for release. If the production team sticks to the plan, the iCarly Season 2 release date is expected to be Q1 2022.

In season 1, Carly had to confront a former stalker from the original series, Freddie’s ex-wife Gwen returned, and, as a social media influencer with millions of followers, Carly took on issues such as data mining and multilevel marketing systems.

One of the keys to Carly’s success is that the sitcom has a freewheeling style, unlike most shows in the high-tech era of television. As the series is episodic and not serial, the episodes can be watched in any order.

That said, the iCarly Season 1 finale also left Carly on a romantic cliffhanger that Season 2 must resolve. ICarly Season 2 will also put Carly and her friends in wacky situations with relevant issues while continuing to explore more adult situations for adults Carly, Freddie, Harper, and Spencer.