Open Your Eyes Season 1: Explanation of the end! Who are the characters really? 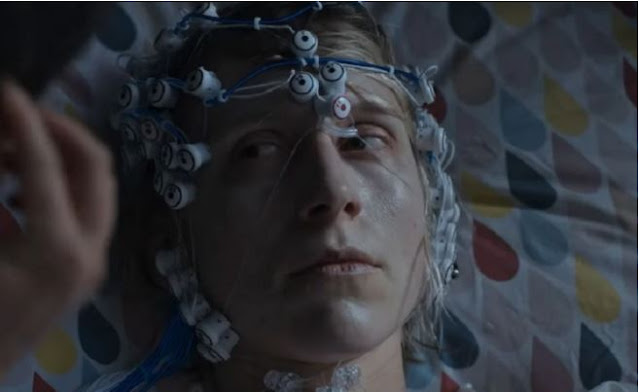 FIND OUT ABOUT THE END OF OPEN YOUR EYES SEASON 1 ON NETFLIX!

Open Your Eyes is available on Netflix! If you want to know the explanation for the ending, read on! Imagine waking up in a strange place not knowing how you got there, or even who you are. Now imagine yourself in a position with a group of attractive teens. Does this sound like a confusing sight to you? This is the case for us. To learn all about the Season 2 release, read this.

The young girl has no idea where she is or even who she is. She notices a burn on her arm. An alarm rings off as she gets ready to start her day, telling her what she has remembered about herself. Her parents died in a fire. She’s named after her aunt, but she doesn’t know her name.

Her birthday is February 6th, and she is 17 years old. She was told that her mother used to tell her that her teeth would fall out if she didn’t brush them. She’s been here for four days, and right now we call her NN! If you’ve seen the movie and want to know the explanation for the end of Open Your Eyes, read on!

EXPLANATION OF THE END OF OPEN YOUR EYES

The talents of gifted individuals are harvested against their will and given to the children of wealthy people. Piotr appears to Second Chance as a new therapist. However, it is quickly revealed that he has more authority than Dr. Zofia. He appears to be strangely protective of Adam.

The Season 1 finale explains why. He is in fact Adam’s father and personally chose Karolina’s talent for his son. He made sure that Adam, whose real name is Xavier, doesn’t remember Karolina or her time at Second Chance The Girl with the Red Hair that Karolina kept seeing during her time at Second Chance. turns out to be Patrycja, his sister. After Karolina’s accident, Patrycja spends the majority of her time in the hospital, begging her sister to open her eyes.

It is only by surrendering to her sister’s voice and accepting death in this world that Karolina breaks free from the hold Second Chance had over her. Karolina learned that Szymon or Igancy died in a coma and deduced that it happened because the loss of his talent was too traumatic for him to continue fighting.

Karolina and Janina were only able to flee because they refused to surrender and give up. She realizes that if her other friends stay inside Second Chance, they can potentially suffer the same fate as Szymon, so she returns to Second Chance to help them.