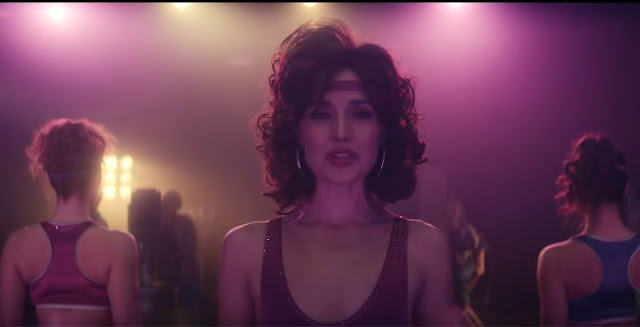 DISCOVER ALL THE NEWS ABOUT PHYSICAL SEASON 2 ON APPLE TV +! RELEASE DATE, RENEWAL, AND MORE.

Physical is available on Apple TV +! If you want to know all about the Season 2 release, read on! The half-hour-long comedy-drama, set in the 1980s, was chosen to become a series in January 2020 after Ms. Byrne signed on to star.

For years, Byrne has been one of the most requested actresses on television and recently completed the limited series, Mrs. America, from FX. She will then be pitted against Seth Rogen, her teammate in Neighbors, in Apple’s Platonic comedy series.

WHAT RELEASE DATE FOR PHYSICAL SEASON 2?

Apple seems to think Sheila Rubin is going to woo audiences since it has been reported that the streamer has just renewed Physical for a season 2. The news comes a few days before the end of the first season, and Michelle Lee, director of programming. home of Apple TV + highlighted how eager the streamer is to see Byrne’s performance evolve into something special. Regarding the release date of Season 2 of Physical, it could be set for the end of 2022 on Apple TV +!

Annie Weisman’s unique perspective on this darkly funny, tragic, and brave story is something we couldn’t be more proud of, she added. Then we got to see Rose Byrne embody this amazing, multi-faceted woman and give us a memorable performance. We were delighted to see viewers from all over the world fall in love with this show and feel seen by it. We can’t wait for everyone to see the next step in Sheila’s personal empowerment journey.