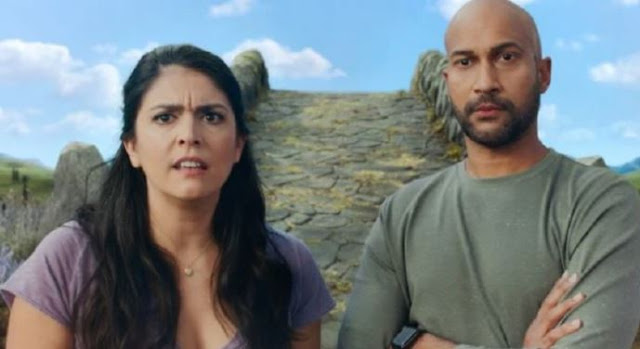 Schmigadoon is available on Apple TV +! If you want to know when Season 2 will be released, read on! This sweet and sunny musical took us into the wacky world of Schmigadoon, a magical town where everyone behaves like they’re stuck in a classic Broadway musical.

Over the course of six episodes of Schmigadoon !, we’ve seen lovebirds Josh and Melissa fall in love with each other, a gay mayor come out and, a number of mind-blowing musical numbers. Now that season 1 of Schmigadoon! is over, viewers are certainly wondering what the future holds for Melissa and Josh, especially after the final cliffhanger. The series was well-received by critics and audiences alike! We tell you all about Schmigadoon Season 2 on Apple TV +!

WHAT IS THE RELEASE DATE FOR SCHMIGADOON SEASON 2 ON APPLE TV +?

Apple has yet to officially renew Schmigadoon for a season 2. Schmigadoon’s good critical reception could work in its favor for a renewal. The series is said to have had one of the best first airings of any original Apple TV + series.

Schmigadoon Season 2 could have its release date set for summer 2022 on Apple TV + if it comes up for renewal in the coming weeks!

The story of Schmigadoon Season 2 could take a number of different directions. The Season 1 finale ended with Melissa and Josh crossing the Magic Bridge and learning if they were really in love. If they are, they can return home to New York.

However, there would be no Schmigadoon! without the Musical Town on the show, so Season 2 might require them to stick around even longer. Maybe another couple walks over the bridge and interrupts them, or Martin Short’s leprechaun is changing the rules of the bridge. Schmigadoon season 2 might, however, throw a curveball and send Melissa and Josh back to their normal life, putting their love to the test once more.