The Chair Season 1: Where was the series filmed? Filming locations 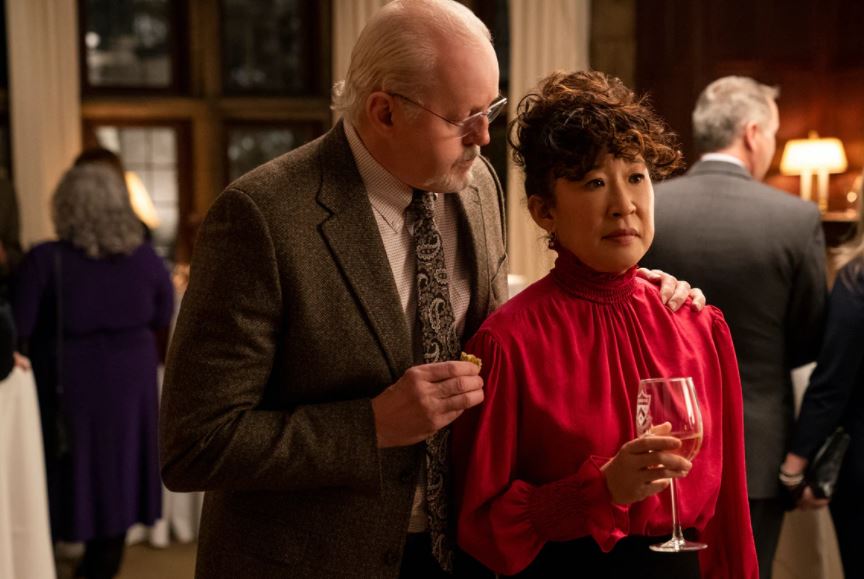 DISCOVER ALL THE INFOS CONCERNING THE CHAIR SERIES. WHERE WAS THE THE CHAIR FILMED? FILMING LOCATIONS AND MORE.

The Chair is available on Netflix! If you want to know about where The Chair was filmed, read on! Netflix’s new comedy, The Chair, plunges viewers head-first into the English department of a prestigious, struggling and surprisingly chaotic university, led by Killing Eve star Sandra Oh. To find out when Season 2 will be released, read this.

Sandra Oh plays Ji-Yoon Kim, who just became the first woman of color to lead the English department at Pembroke University. She has to contend with students’ disinterest in the very white and outdated program, a self-defeating colleague who fell in love, the lack of funding for the department, and her young daughter Ju Ju’s education as a single mother. If you want to know where The Chair was filmed, read on!

WHERE WAS THE CHAIR SEASON 1 FILMED?

The Chair series is filmed primarily in Pennsylvania, where a college campus and various neighborhoods are used to represent the fictional city in which the series takes place. Season 1 of the series was apparently filmed in early 2021, and location filming continued until March of that year.

Much of The Headmistress takes place in the fictional town of Pembroke, most notably at Pembroke University, where Dr. Ji-Yoon Kim is the new head of the English department. However, filming for the series actually takes place in Pittsburgh, Allegheny County, Pennsylvania.

The extremely authentic portrayal of the former and prestigious University of Pembroke comes from the Washington & Jefferson College campus, located in the city of Washington, Washington County, Pennsylvania. Both indoor and outdoor shoots take place at this liberal arts college, located at 60 South Lincoln Street, about 30 minutes outside of Pittsburgh.