The Old Ways: Explanation of the end! Is Carson possessed? 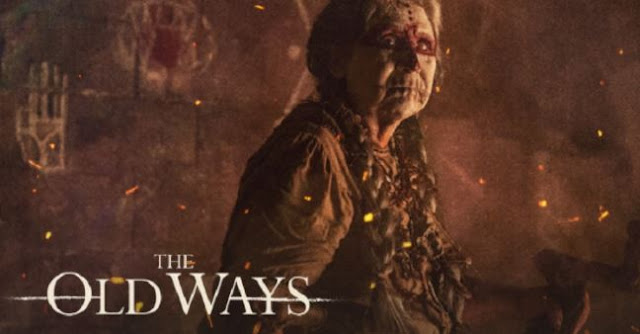 The Old Ways: Explanation of the end!

DISCOVER THE EXPLANATION OF THE END OF THE OLD WAYS! POSTEHKI, CAREFUL MIRANDA? CARSON OWNED?

The Old Ways is available on Netflix! If you want to know the explanation for the ending of The Old Ways, read on! From the opening scene of The Old Ways, we know we’re going to have a deranged journey. The movie begins with an exorcism, as a mother lovingly watches her child.

Of course, this is a horror movie, so nothing is what it appears to be. The expression on the mother’s face becomes twisted, and she lets out a demonic cry, gripping the little girl and scratching her arm. It’s a terrifying moment that sets the tone for the rest of the movie, and if you thought it was scary, you ain’t seen anything yet.

Cristina, a journalist from Veracruz who has resided in the United States for many years, is the focus of the rest of the movie. She returns to her hometown to write an article on the indigenous culture, but times have changed. People are starting to suspect that she too is possessed by a demon, and what’s really terrifying is that she just might be.

What is real, and what is an illusion? Lots of questions arise as you watch The Old Ways, and you might scratch your head by the time of the finale. We give you the explanation of the end of The Old Ways on Netflix!

According to Miranda, the Postehki is the demon who possessed Cristina’s mother, then Cristina herself. This is the same demon that possesses Miranda and manifests in the horrific final battle. Although the Postehki appears to be a made-up name for history, the image of the ghost is linked to all of the Aztec mythology invoked in the movie. The Postehki is a ghost who feeds on the void of people in modern technocratic civilization.

EXPLANATION OF THE END OF THE OLD WAYS

The bruja tries to cast off the demon, but she is powerless in the face of the immense evil force. During the ritual, she concedes a blow and passes into the realm of the dead. However, upon returning, Cristina discovers an enraged Miranda and sees her injuries. A possessed Cristina scratched Miranda earlier on the wrist, and the place is swollen.

Apparently, the old bruja failed to completely cast out the demon, the demon only jumped from Cristina to Miranda. Miranda, now possessed, asks Cristina to leave, but the latter has another idea in mind. She puts on bruja makeup and begins the rituals. Despite Miranda’s protests, Cristina continues to read songs in Nahuatl. Ancient customs still live on in Cristina, and Luz guides her through the process. It seems that with Luz’s death the power to see transferred to Cristina.

Posted reveals himself after the ritual, and a formidable confrontation ensues. Miranda delivers the final blow to the structure and attacks the demon. We can therefore conclude that Miranda is healed. With the latest turn of events, Miranda and Cristina, estranged sisters, become a team of native exorcists.

Finally, Carson comes to meet Cristina in her village of Veracruz. Cristina, on the other hand, knows Carson is a devil’s agent because he is the one who sent her to his hamlet. Cristina has turned into a bruja in the penultimate streak, and Miranda is helping her with her tasks.

Two local men help them perform an exorcism and bring in Carson. The latter concludes that Cristina has gone mad and tempts her by offering her money. However, a brief look in Carson’s eyes reassures Cristina about her demonic possession.

When the camera zooms in on Carson’s eye, viewers see something moving in his iris. This vision makes Cristina sure of Carson’s possession. She ignores his seductive cries and continues to perform the ritual. Audiences see the presence of something sinister before the screen goes into the credits. This sequence seems to set the story for a sequel, as it keeps audiences going. And we say amen to that.