The Secret Diary of an Exchange Student: Explanation of the end! 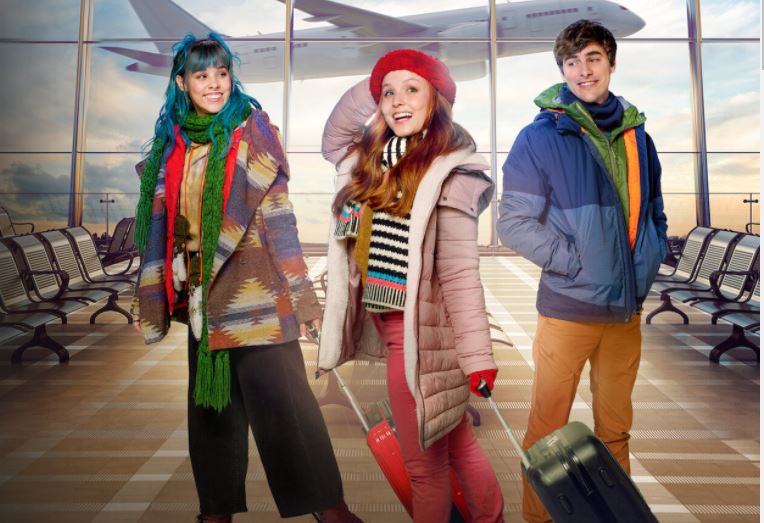 The Secret Diary of an Exchange Student

FIND OUT ABOUT THE END OF THE SECRET DIARY OF EXCHANGE STUDENTS ON NETFLIX!

The Secret Diary of an Exchange Student is available on Netflix! To learn all about the movies ending, read on! It’s hard to let go of your eternal dream, and enthusiasts are ready to strike any blow to make their dream come true. Netflix’s The Secret Diary of an Exchange Student features the adventure of such a zealous soul, Barbara. His dream of seeing the whole world leads him to do odd jobs and getaways. She’s as confused as we all are, but doesn’t let doubt or any obstacle stand in the way of her dreams. This is Barbara’s story and she happily tells it.

When Jeff Kenner found out that Lucas had inappropriately used the benefits of the ski resort for Barbara, he fired him. Lucas has no choice but to visit his mother, Zoraia, in New York City until his college acceptance letter arrives. But the conflict is an element that keeps the drama going. Zoraia was deported to Brazil by ICE, and Lucas snuck into Sheryll’s house. Lucas had an expired VISA and would therefore be deported if ICE found him. Despite everything, Barbara has decided to shelter him, he falls for his university interview.

In a Shakespearean comedy climax style, The Secret Diary of an Exchange Student invited all of its characters to one place for the conclusion which brilliantly and equally contributed to a humorous mess.

EXPLANATION OF THE END OF THE SECRET DIARY OF EXCHANGE STUDENTS!

Barbara finds out that Brad cheated on her with Taila, her best friend. Before that, Brad thought to drop her off at Sheryll’s, but he mistakenly dropped her off at the Kenners, where Taila is. Unbeknownst to her, she is greeted with a gun by the Kenners, who believed someone had broken into it. Lucky for her, Taila came to her aid until she discovered the cheating and ran away. A classic!

Towards the end, Sheryll learned that Barbara was inviting strangers to her house, but she saw the good in Barbara despite the chaos. For example, one of the characters, Lucas, is fired by the Kenners for using the ski resort inappropriately – trying to impress Barbara.

Another problem with the movie is that it focuses more on Barbara’s relationship with men since she and her friend broke up because of a man and another man was fired because of her. . Not only is the movie centered on men, but I felt that Barbara and Talia didn’t have enough room or depth to explore and develop their characters.

On the bright side, Sheryll paid for Barbara’s flight attendant course, reconciled with Taila, and Barbara finally made her flight attendant dreams come true! Although the film was disappointing, it contained many positive messages about trying new things and getting out of your comfort zone. Themovie would have been better executed if the boyfriend drama had not been prominent throughout the movie.