The Walking Dead Season 11: Survivors Will Face The Commonwealth. 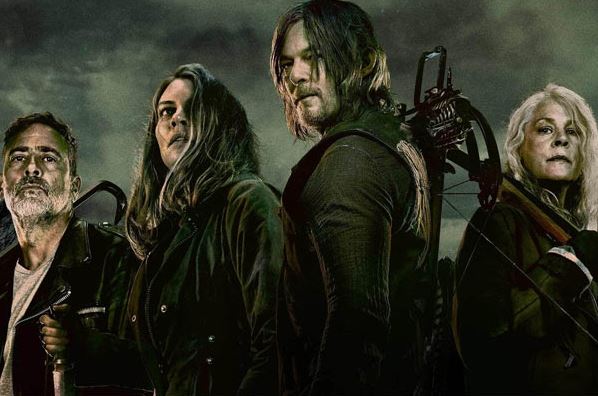 The end is near, but it is not yet here for The Walking Dead, which is making its comeback with its eleventh season, which will therefore be the very last of the series. The adventure resumes tonight on OCS Choc from 8:40 pm.

First of all, let’s remember that this season 11 of The Walking Dead, which is to be inspired by numbers 175 to 193 of Robert Kirkman’s comic book, is officially the very last and we will once again find Angela Kang as showrunner.

What is this season 11 of The Walking Dead about?

In terms of the plot, our group of survivors had to confront demons from the past and deal with new threats that tested the relationships and friendships within the group.

After the fight against the Whisperers and the six bonus episodes, the community of Alexandria must figure out how to feed and protect its growing population. And above all to make sure that Alexandria does not fall, like many other communities they have crossed paths with over the years. Their path will also cross that of the Commonwealth, a much larger group that holds prisoners Eugene, Ezekiel, Yumiko, and Princess.

Who is in the cast of this season 11 of The Walking Dead?

In terms of the latest additions, Laila Robins (The Blacklist, The Boys) will play Pamela Milton who is at the head of the Commonwealth and, at her side, we will find Josh Hamilton (13 Reasons Why, Ray Donovan) who will play the role of Lance Hornsby, Milton’s deputy. Michael James Shaw (Limitless, Blood & Treasure) will be a Commonwealth Soldier named Mercer, Margot Bingham (Boardwalk Empire, New Amsterdam) plays Stephanie (whose voice has already been heard in the series) and Richie Coster (Happy !, True Detective) ) will appear in a role that has yet to be revealed.