Vacation Friends: Explanation of the end of the Disney Plus movie. 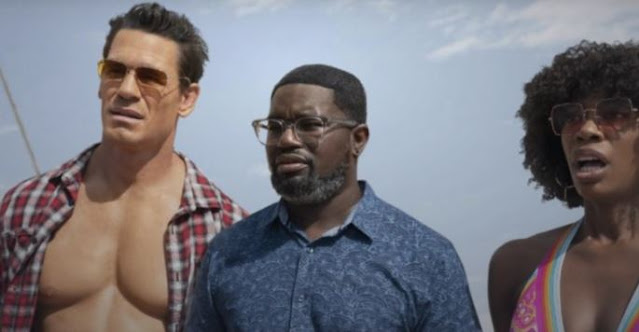 Vacation Friends: Explanation of the end

CHECK OUT THE EXPLANATION OF THE END OF VACATION FRIENDS ON DISNEY PLUS!

Vacation Friends is available on Disney Plus! If you want to know the explanation for the ending, read on! The summer of 2021 has been suspiciously devoid of low-budget, slightly offensive comedies. But now Vacation Friends, a new comedy between friends starring John Cena and Lil Rel Howery, fills this gap at the last second. But it will not be shown in theaters, it will be streamed directly.

Finishing the last weekend before the start of the school year, Vacation Friends stars Howery and Yvonne Orji as a future married couple, who must face his crazy and wild holiday friends who unexpectedly embed themselves at their wedding. . If you have any questions regarding the ending of Vacation Friends, read on!

EXPLANATION OF THE END OF VACATION FRIENDS

During this magical vacation, Marcus recalls sleeping with Kyla, and Ron hints that Marcus is the father. She is seven months pregnant. So when their new best friends toast to the rehearsal dinner and are about to break the big news in front of Emily’s family, Marcus takes the lead when so many men don’t. He admits it’s his child. He slept with Kyla, and he takes that responsibility.

Except, you know what they say about guesses. They alluded to naming their child Marcus. He hasn’t slept with Kyla. It was Emily. It’s been confused since Ron announced he was sterile. Do not worry. He explains that after jumping off the cliff into the sea, “My balls are working, man. My balls are working thanks to you. ”

Hell breaks loose. Marcus hits out at Emily’s brother, the families begin to throw lawmakers at each other, and Marcus and Emily go after their “vacation” friends, cutting them deep, telling them they never invited them to. their marriage, and that they are not friends.

The next morning, they naturally feel very bad. And even worse when they read Kyla’s note. She tells them that Ron has been since losing his best friend and that she felt Emily was like the sister she never had. They look for them by looking in every Waffle House in Atlanta. They reconcile, announce that they are getting married too, and want their friends to be there when they get married where they met in Mexico. At the end of Vacation Friends, Marcus announces that their “vacation” friends are their best friends.