What If Season 1: Disney + release date and time? 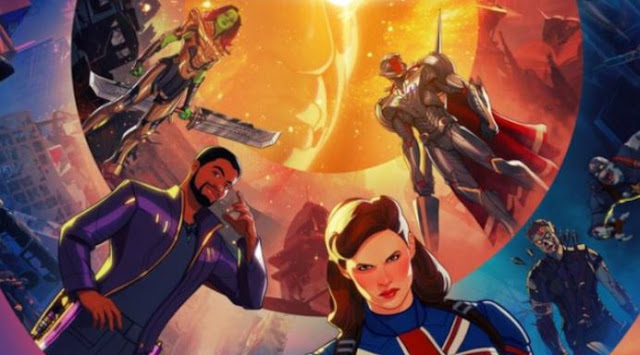 DISCOVER ALL THE NEWS ABOUT WHAT IF SEASON 1 ON DISNEY PLUS! NUMBER OF EPISODES, RELEASE DATE AND TIME, AND MORE.

What If will be available soon on Disney Plus! If you want to know when Season 1 will be released, read on! The series will be the second entry into the MCU to fully embrace and explore the multiverse, the first being the recently completed Disney + series, Loki.

In Loki, it was revealed that the multiverse had so far been kept under lock and key by a mysterious and all-knowing figure known simply as the One Who Remains. The actions Loki and Sylvie took during the climax of the final season finally opened up the multiverse for everyone to access, including the looming threat from the fan-favorite villain, Kang the Conqueror.

What If…? Promotional material began to gain momentum in the wake of Loki’s finale, with the show’s executive producer now confirming the episode count for the show’s first two seasons. We tell you all about Season 1 of What If on Disney Plus!

WHAT IF SEASON 1 RELEASE DATE AND TIME ON DISNEY PLUS?

Fortunately, we won’t have to wait too long for the release of What If… The What If season 1 release date has been set for August 11, but Kevin Feige has already revealed that there will be a season 2. of What If…! And honestly, this is one of the properties of Marvel that could go on forever because it’s based on 170 different comics, and the writers can use their own imaginations. For the more impatient, the release time of Season 1 of What If will be 9:01 am on Disney Plus!

What If presents an exciting new opportunity for the future of storytelling in the MCU. With the multiverse now unlocked, the creators of the MCU theoretically have the freedom to tell any story they want. As the MCU deepens into the multiverse, there’s a good chance What If will serve as the basis for Marvel to tell future multiverse stories.

So far, we know we’re going to see a zombie Captain America, according to the trailer, and that he’s not part of the What If … comic book series? Peggy Carter also becomes Captain Carter instead of Steve Rogers, and T’Challa ends up in space with Yondu. While we have a few ideas on the premises that are sure to emerge, we have no idea how everything will turn out.

HOW MANY EPISODES WILL SEASON 1 OF WHAT IF BE?

While it was initially supposed to have 10 episodes, after the COVID-19 pandemic came into play, the last episode had to be postponed. While What If won’t offer the full 10 episodes that many of us have been expecting, it has been confirmed for a season 2, so we can’t complain too much. Brad has revealed that Season 2 will also have nine episodes, for a total of 18 episodes of What If…?