What time does the second season of Valeria start on Netflix? 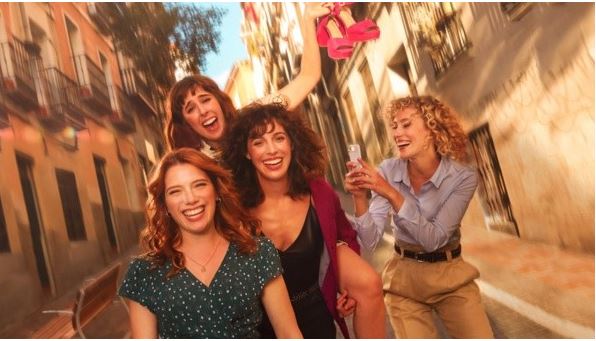 the second season of Valeria

Valerie is one of the first to come to the Netflix streaming service and one of the most anticipated of August by users of the platform. This is another bet for a Spanish production, following the successes that other contents of this nation have already had. The new episodes are getting closer and closer, and we’ve got everything you need to know right here.

“Valeria is a writer in crisis, both when it comes to her novels and her husband. Fortunately, Valeria’s three best friends – Carmen, Lola, and Nerea – support her on her adventures as they go on their own adventures. And it is that the four of them are immersed in a whirlwind of emotions: love, friendship, jealousy, infidelity, doubts, grief, secrets, work, worries, joy, and dreams of the future, “says his summary.

The program is an adaptation of the literary saga created by Élisabet Benavent, who released his first book titled “In the Skin of Valeria” In 2013 online, and due to the success achieved it reached bookstores in Spain. Once added to shelves, it became a bestseller, and the work has over one million copies sold.

What time does Valeria season 2 start?

The second installment of the chapters of Valérie will be available on August 13 on the Netflix platform. If you’re a fan and want to see them from the first moment so you don’t run into a major spoiler, you need to get up early if you’re in Latin America. Check the calendar in your country!