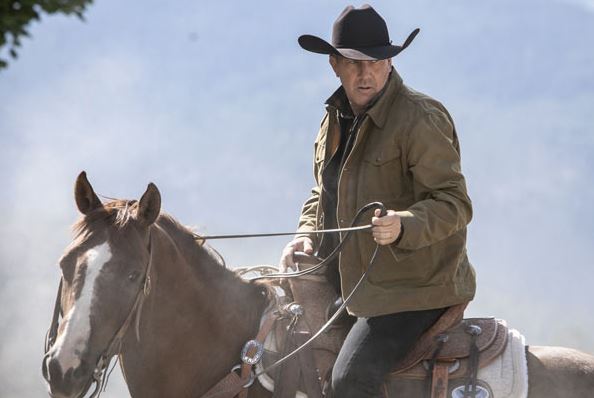 DISCOVER ALL THE NEWS ABOUT YELLOWSTONE SEASON 4, RELEASE DATE, RENEWAL, AND MORE.

Now the series is available on Salto in France and  Paramount +, Yellowstone continues on the US small screen on Paramount Network, which usually airs the series during the summer. Not this year. It has just been announced that Season 4 has been postponed until late fall.

The Dutton family won’t be arriving alone, as we also learn that their spin-off, simply titled Yellowstone: 1883, will debut on the Paramount + platform on Sunday, December 19. The story of this series will take us back in time to when the Duttons embarked on the journey that took them to Montana where they will fight to escape poverty and establish their legacy. Sam Elliott, Tim McGraw, and Faith Hill were announced to the cast.

As for season 4 of Yellowstone, Paramount still does not reveal details on the fate of John Dutton (Kevin Costner) following the events that concluded season 3. It has nevertheless been confirmed that Jacki Weaver ( Animal Kingdom), Piper Perabo (Covert Affairs), Kathryn Kelly (Nashville), and Finn Little (Those Who Wish Me Dead) will be recurring in Season 4.

WHAT IS THE RELEASE DATE OF YELLOWSTONE SEASON 4 ON PARAMOUNT+

Season 3 of the series was released in full on June 21, 2020, on Paramount with 10 episodes! The show was conceptualized as a limited series, If the series were to be renewed in the coming weeks. Yellowstone Season 4 release date on Paramount should be set for November 7,2021!

WHO IS IN THE CAST OF THE SERIE

Finally, note that Paramount will use the popularity of Yellowstone to launch a new series produced by Taylor Sheridan, Mayor of Kingstown which focuses on the McLuskys, a powerful family from Kingstown, Michigan, where the prison business is profitable. With Jeremy Renner, Dianne Wiest, Hugh Dillon, Pha’rez Lass, Tobi Bamtefa, Emma Laird, Derek Webster, and Taylor Handley.