Afterlife of the Party: Explanation of the end! 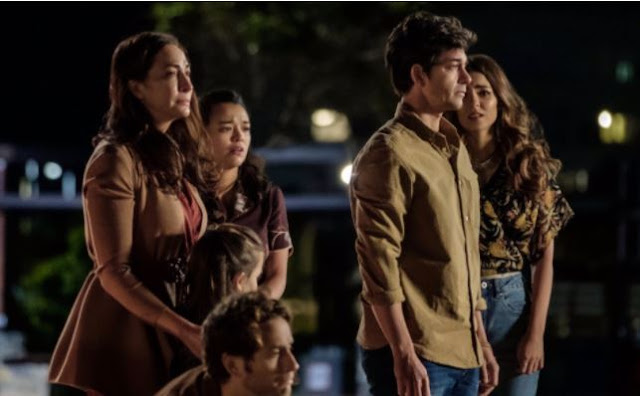 Afterlife of the Party

FIND THE EXPLANATION OF THE END OF THE AFTERLIFE OF THE PARTY ON NETFLIX!

The afterlife of the Party is available on Netflix! If you want to know the explanation for the ending, read on! Directed by Stephen Herek from a screenplay written by Carrie Freedle, One Afterlife of the Party follows energetic party girl Cassie, who believes there is nothing more in life than partying.

She enjoys every moment as if the next could be her last, and that’s exactly what is happening. Cassie suddenly dies, but she comes back. She returns in the form of a spirit to complete her unfinished business and to reach “Heaven at last”. If you want to know the explanation for the ending Afterlife of the Party on Netflix!

EXPLANATION OF THE END OF AFTERLIFE OF THE PARTY

Cassie goes to heaven at the end of the movie. Although she missed her deadline and broke the rule in helping Emme, who was not on her list, the deep selflessness of her actions ultimately earned her a place in Heaven. She knew she had a deadline and was aware that she would be doomed to hell if she missed it.

And yet, she decided to help a woman she didn’t even know before she died. Additionally, it is revealed that she took full responsibility for breaking the aforementioned rule. As a result, Val is not only exempt from all punishment, she even receives a promotion.

They realize Cassie has been chosen to ascend to heaven as they reach the elevator. During her journey, she meets Koop, who was her favorite musician on Earth. He apparently died while providing aid in a disaster area.

Val was part of the committee of angels who decided he deserved to be sent to Heaven immediately. Val presumably told him about Cassie before he boarded the elevator. Cassie will now be able to spend forever with her favorite artist, thanks to the help of an angel who acts as a matchmaker.

After receiving the list, Cassie sees her mother for the first time in years and discovers that she now has another daughter and that she is living the same life she has left behind all these years.

Thanks to their deep connection, Cassie can appear in front of Lisa and help her sort her life out. Lisa starts dating Max and lands the Hell’s Creek contract. Cassie also finds the last piece of the Mona Lisa puzzle and completes it. She helps her father overcome his grief and brings him back to normal life.

Cassie also orchestrates the events leading up to Howie and Emme’s meet. In one of the last scenes of the film, she also appears in front of her father. Furthermore, Cassie finally forgives her mother, realizing that the elderly woman has tortured herself with relentless guilt. The names on her list disappear one by one, freeing her from the burden of the mortal world.