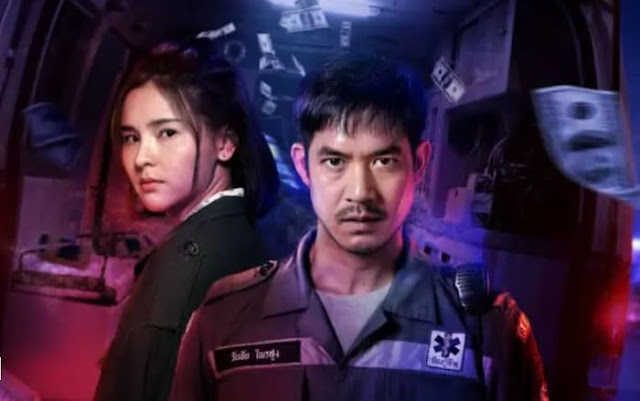 This week, Netflix has decided to spoil us with new original productions. After the new original Spanish creation Jaguar, it is the turn of Thailand to shine with the new series called Bangkok Breaking.

If you can easily get carried away by stressful scenes, Bangkok Breaking might not be the best series to watch. Indeed, Thai fiction plunges us into the breathless daily life of the Bangkok road rescue services.

BANGKOK BREAKING: ONE OF THE RARE ORIGINAL THAILAND PRODUCTIONS

The original creation follows Wanchai, a young man who decides to join an ambulance unit in Bangkok to lift his parents out of poverty. But the world of rescue services is sometimes unfair and trying. All the more so when it comes to large-scale conspiracies.

This series directed by Kongkiat Khomsiri (Boxers, Slice, Khun Pan), and produced by Prabda Yoon (Someone from Nowhere, Last Life in the Universe) is the second original Thai production of the red logo streaming platform.

But showrunner Prabda Yoon intends to show that Thailand also has its place on the streaming platform. He confided in an interview:

“I am delighted to be working directly with this leader in online entertainment. But what I look forward to most is being able to showcase Thai creativity and talent on a global platform, and having the incredible opportunity to work with so many skilled and experienced Thais. “

Then adding: “A partnership between Netflix and Thai producers can only benefit our work and inspire the creative community.”

AT THE BANGKOK BREAKING SERIES CASTING

In the lead role of Wanchai, we will find actor Weir Sukollawat Kanarot (Pachara Montra, Poo Bao Indy Yayee Inter). He will be joined by Aom Sushar Manaying (Irresistible, Rainbow Town) who will play the role of Cat, the journalist he can count on to dismantle the plot facing the city. These two main actors will be assisted by many other actors such as Sahajak Boonthanakit (Girl From Nowhere Season 2, The Stranded) and Bank Pawalit Mongkolpisit (Angels: Ghost Hunter, The Seven Fighters).

WHAT IS THE RELEASE DATE FOR BANGKOK BREAKING ON NETFLIX?

This series will be available exclusively on Netflix from Thursday, September 23, 2021, and the first six episodes of the series will go online in more than 190 countries, just that! So, are you going to watch it?