BILLY MILLIGAN: THESE MONSTERS IN HIM, THE DOCUMENTARY COMES ON NETFLIX 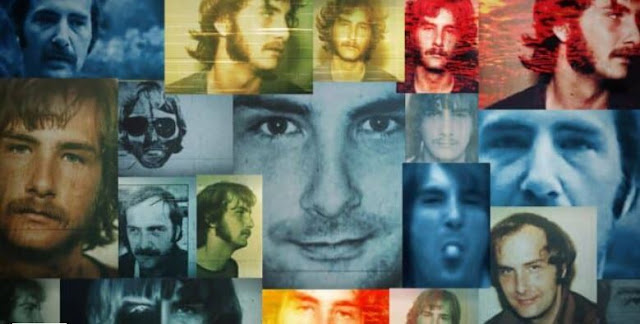 The man with 24 personalities is the star of the series which will go live this Wednesday, September 22,2021 on the streaming platform with the red logo. One thing is certain, this series-docu will make our blood run cold!

BILLY MILLIGAN: THESE MONSTERS IN HIM, A DOCUMENTARY INSPIRED BY A TRUE STORY

Billy Milligan is a source of inspiration for many writers and directors because his crimes have already inspired several literary and cinematographic fictions, including the book The Thousand and One Life of Billy Milligan written by Daniel Keyes in 1982 and the very popular film Split in 2017, signed M. Night Shyamalan.

This time around, we will rediscover the many personalities of Billy Milligan in the form of a documentary. This documentary miniseries traces the life of Billy Milligan, who was diagnosed with a dissociative identity disorder. This allowed him to be found not guilty of many of the crimes he committed.

In an excerpt from the documentary, he can be seen saying in front of the camera, “It annoys me that my name is Billy but I am not saying anything. nothing. I’m not Billy ”.

However, the Billy Milligan affair has long divided the country and some people suspect him of acting and playing the mental illness card to be cleared of the atrocities he has committed. One expert can be seen saying in the documentary: “He should have an Oscar for his performance”.

But between a father who commits suicide when Billy is only 3 years old and the sexual abuse his new stepfather puts on him, it wouldn’t be surprising that this little boy developed a personality disorder.

AT THE CASTING OF THE BILLY MILLIGAN SERIES: THESE MONSTERS IN HIM

Since this is a documentary, the miniseries pick up images from times when Billy Milligan himself can be seen speaking. The mini-series directed by Olivier Megaton (Taken 2, Taken 3, The transporter 3) also involves many experts in psychology.

So, real mental illness or great acting? To make up your mind, there is nothing better than watching the documentary. One thing is certain, you will not be able to be indifferent to this story which has turned many lives upside down.