Capone: How much of the film is based on a true story? 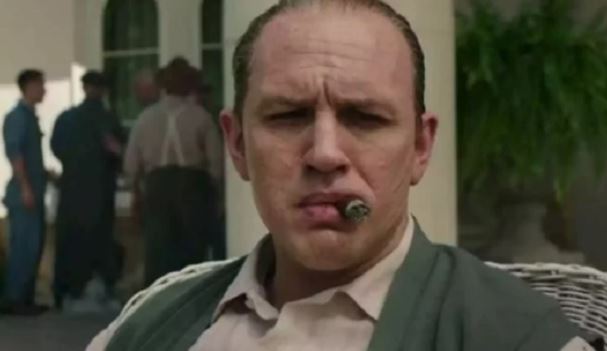 Capone: How much of the film is based

DISCOVER ALL THE NEWS ABOUT THE CAPONE MOVIE AND ITS INSPIRATION ON THE TRUE HISTORY OF THE CHARACTER!

Capone is available on Amazon Prime Video! If you want to know if Capone is based on a true story, read on! Another exploration of Al Capone’s life has now been released in the form of Josh Trank’s movie Capone, and here are the biggest changes the movie makes to what happened in real life.

Capone’s storyline is fairly straightforward, although reviews are relatively mixed. The movie is set a decade after Capone’s conviction to prison in 1931 for tax evasion, where he is now a free man due to his deteriorating mental state. To know the explanation of the ending in detail, read this.

In prison, Capone suffers from paralytic dementia, caused by syphilis he has suffered since he was 15 years old. His physical and mental condition keeps him confined to his home in Florida, where he is surrounded by his family and a small army to protect him. However, with the FBI still watching him, Capone explores the paranoia of the notorious gangster’s last year and the regrets he had.

As Capone begins by recounting this chapter of Capone’s life, he completely disregards his time in power. However, this part of his life has already been covered in many movies. While some viewers may have some knowledge of Capone’s early years, his latter days weren’t as well explored. But that doesn’t mean Capone is entirely faithful to the titular character’s life adaptation.

HOW MUCH IS THE CAPONE MOVIE INSPIRED BY TRUE HISTORY?

Capone is based on the true story of an American gangster, Al Capone. The movie is a biographical drama based primarily on the life of Al Capone after his release from prison. Al Capone is etched in history not only in the United States but in the whole world as well, in terms of both notoriety and counterculture.

Alphonse Gabriel Capone rose to fame during the Prohibition Era, which saw the production and sale of alcohol banned in the 1920s and the first half of the 1930s. Born in New York to a couple of Italian immigrants, he was introduced to organized crime in his youth. In his twenties, he was part of a union that illegally supplied alcohol for profit.

Capone married Mae Josephine Coughlin, with whom he had a son named Albert Francis “Sonny” Capone. The couple remained married until the latter’s death. Capone contracted syphilis while working as a bouncer. However, he did not seek treatment, which subsequently cost him his life.

He grew his business and became a respected figure as the chief of the Chicago Outfit. He also made several donations to various charities. However, that all changed in the face of a public slaughter of his rival gangs. This gave him the status of a public enemy. Although the federal authorities follow him, he is indicted for tax evasion in 1931. He was sentenced to 11 years in prison as a result.

Al Capone’s health began to deteriorate during his time in prison. This led to his early release from prison. He then spent his last days in his mansion in Florida. This is also when the movie Capone begins. Neurosyphilis, which was the cause of his illness, began to manifest itself as dementia. Capone spent the rest of his life with his wife and grandchildren. He had a stroke, which was quickly followed by cardiac arrest. As a result, he passed away a few days later.