Cry Macho: Explanation of the end! Do Mike and Marta end up together? 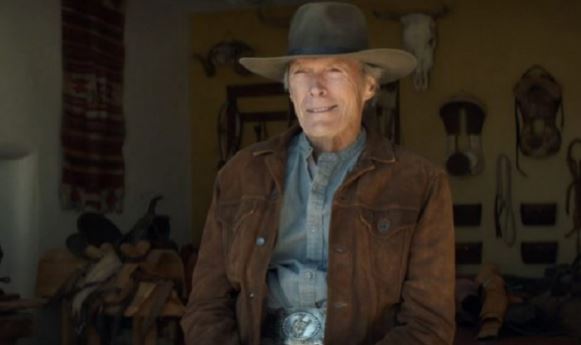 DISCOVER THE EXPLANATION OF THE END OF CRY MACHO WITH CLINT EASTWOOD!

Clint Eastwood is an institution in Hollywood. The actor-turned-director has been starring in movies since the 1960s when he first became known around the world for his brutal characters in spaghetti westerns.

He directed, produced, and starred in his latest movie, Cry Macho. In it, Eastwood plays former rodeo star Mike Milo, who is tasked with traveling to Mexico to bring back his old friend’s son, Howard Polk, to him. Mike finds young Rafael, and the two embark on an emotional quest to Texas, getting closer, going their separate ways, and then getting closer again along the way.

Cry Macho has all the machinations of a classic Eastwood neo-western. And the ending of Cry Macho has a knack for pulling the sensitive chord of viewers. We tell you everything!

EXPLANATION OF THE END OF CRY MACHO!

At first, Rafo is angry with Mike for keeping the truth from him. He feels betrayed by Mike and his father. Mike tells Rafo about the regrets of his life and says being tough in life has left him old and alone. He suggests that being “macho” doesn’t mean he has to do everything on his own, a lesson Mike just learned on this trip. He leaves the choice to Rafo. Mike’s words convince Rafo to meet his father, and in the end, they are reunited.

When we first meet Mike, he’s a tired old man, scarred by loss and the harsh realities of life, who doesn’t trust anyone and doesn’t like to depend on others. Rafa is also in the same situation and feels that he does not need anyone.

The time they spend together helps Mike realize that everything worth living in Mexico awaits. That’s why he turns around and goes back to Janasco. The genius of the movie lies in its simplistic ending, which reminds us that our quest for answers to life’s big questions often prevents us from enjoying the joys of life.

The ending of Cry Macho is radically different from that of the novel, and we can see why. The adaptation of Eastwood is essentially a subversion of the macho, rugged image men are supposed to wear. The movie suggests that it is normal for men to be addicted and not fend for themselves. The choices the two main characters make represent this idea. Mike and Rafo both believe that they don’t need anyone in life.

However, Mike chooses to be with Marta while Rafo chooses to go with his father. In the end, Mike and Rafo end up uprooting the other’s misconceptions about masculinity and prevent each other from wallowing in their toxicity and false assurances. It’s a poignant note to end this journey and an underlying message that will resonate with audiences.