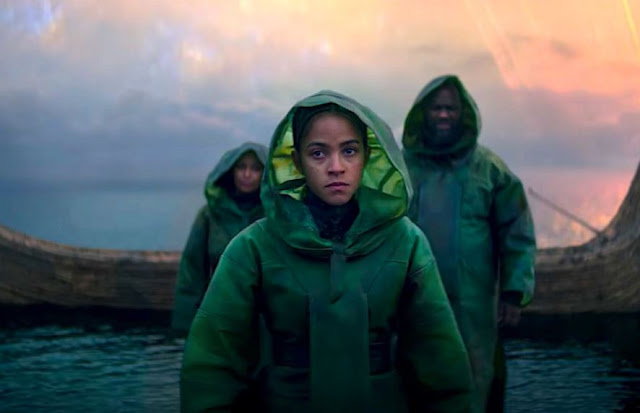 FIND ALL THE NEWS ABOUT FOUNDATION EPISODE 3 ON APPLE TV +! DATE AND TIME OF EXIT AND MORE.

Foundation is available on Apple TV +! If you want to know when Episode 3 will be released, read on! Calling all science fiction fans, Apple TV Plus has a surprise for you. Initially, a Sony project ten years ago, then HBO five years ago, Apple TV has been chosen to bring Foundation to life, thanks to its huge budget. For the explanation of the end of Episode 2, read this.

Based on the Isaac Asimov series of books, Jared Harris plays Hari Seldon as he creates a group called the Foundation, to prevent the fall of the Galactic Empire through the development of psychohistory.

With the first two episodes costing the same as a movie, viewers hailed the series as “a feast for the eyes,” but the plot is questionable. It’s up to you to judge by immersing yourself in the series. So when will Foundation episode 3 be released on Apple TV +? We tell you everything!

WHAT IS THE RELEASE DATE AND TIME FOR FOUNDATION EPISODE 3 ON APPLE TV +?

The Foundation Episode 3 release date is set for October 1, 2021, on Apple TV +! For the more impatient who want to know when exactly the episode will be released. The release time for Foundation episode 3 has been set for 9:01 am on Apple TV +!

We may anticipate observing how the Foundation crew attempts to carry out the Humanity Rescue plan without its leader’s assistance. Returning to Trantor, the galactic capital, the following episode will most likely show us how the Emperor and his administration are dealing with the consequences of their home planet’s terrible attacks.

In his old age, the older emperor’s clone, Dusk, begins to be plagued by doubt and appears to deviate from the younger emperor, Day’s, dictatorial attitude. It could potentially cause friction between the Galactic Empire’s rulers, however, given that they are clones of the same person, an all-out war is improbable.