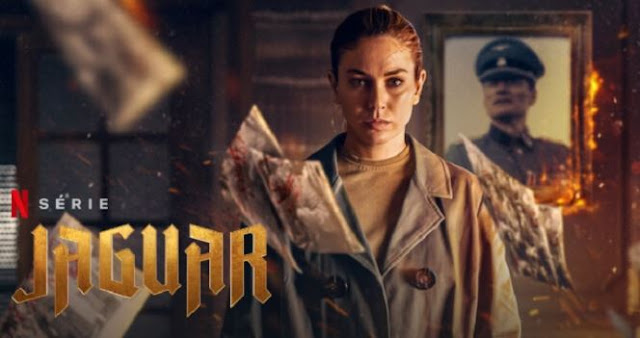 FIND ALL THE NEWS ABOUT THE JAGUAR SEASON 1 RELEASE ON NETFLIX! DATE AND TIME OF EXIT AND MORE.

Jaguar will soon be available on Netflix! If you want to know all about the Season 1 release, read on! Following the massive success of Spanish original series like Money Heist, Netflix continues to invest in foreign series.

One of its latest investments is the Spanish original Jaguar, a period detective series that hits Netflix in September. Jaguar is a revenge story set in 1960s Spain.

This Netflix original series is produced by Bambú Producciones and directed by Carlos Sedes and Jacobo Martínez. The series is co-created by Ramón Campos and Gema R. Neira, who also co-wrote the screenplay with David Orea, Salvador S. Molina and Moises Gómez. Here’s everything you need to know about the Jaguar Season 1 release on Netflix!

WHAT IS THE RELEASE DATE AND TIME FOR JAGUAR SEASON 1 ON NETFLIX?

Jaguar is set in 1960s Spain and draws on the traumatic past of Isabel Garrido, a young woman who survived the Mauthausen concentration camp. During the war, the Nazis murdered his entire family. Memories of his father and brother compel him to relive the horrors of the Holocaust and its executioner, the hierarchical Bachmann, daily.

Even though she has returned, Isabel cannot and will not forget. So he sets out to find Bachmann: with Francisco Franco in power, Spain has become a refuge for hundreds of Nazis. It is the result of Operation Odessa, an organization that promotes the escape of the Nazis from Europe through Spain and Italy with the support of the Vatican.

For the Church, the Third Reich is preferable to Communism, and many Ustashi hierarchs and fascists can travel to South America using false documents and special diplomatic channels or establish a new identity.

In Caudillo’s Spain, justice does not exist: the military junta reigns through terror, and the only justice available to these characters, who have since become respectable figures, is death. Isabel is codenamed Jaguar when she joins the team of those who refuse to go to court and use unconventional methods to hunt down and eliminate top ranks in the Third Reich.