Lucifer Season 6: Explanation of the End of the Netflix Series! 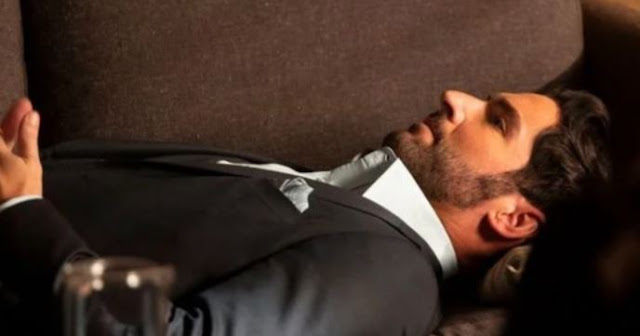 Lucifer is available on Netflix! If you want to know the explanation for the ending of Season 6 of Lucifer, read on! Netflix and Lucifer showrunners Joe Henderson and Ildy Modrovich clearly had no intention of letting audiences wait too long before seeing the Devil in action again after Season 5’s explosive final cliffhanger that put Luci in the role of God. Mr. Morningstar returns to screens to woo fans like only actor Tom Ellis can.

Season 5 ended with a decisive battle between the Archangels led by Michael and Lucifer and his allies including Maze’s demonic reinforcements. After briefly losing Chloe and traveling to Silver City to reclaim her soul, Lucifer has proven himself worthy to take his father’s place.

We might have thought that the series had reached a turning point, but Lucifer has always been and remains a detective series, and God knows that it will be so, even if the Devil and the detective are no longer one or the other. ‘other. There are always mysteries to be solved and sins to be committed or inspired. To learn all about the release of a potential Season 7, read this.

Season 6 is careful not to take too big a step in throwing another appropriate inner conflict in the path of Lucifer before his divine ascension. Above all, the series has always been about Lucifer’s self-exploration. If you liked the 10 new episodes and have any questions regarding the ending of Season 6 of Lucifer, we tell you everything!

At the end of Season 6 of Lucifer, Rory finally understands what needs to happen. Lucifer must go to help the lost souls. As she kisses Lucifer, she begins to return to her timeline. Right before she disappears, Lucifer gives Rory his word that he won’t change a thing. Lucifer then goes to Lux’s place, where Chloe reminds him that they are doing this for Rory’s sake. A moving scene takes place as Lucifer plays the piano.

In Heaven, Amenadiel is God! Ella has Carol by her side to run her foundation while Chloe returns to the Los Angeles Police Department. Cameo alert! In heaven, Dan is with Charlotte Richards! Nice! Linda and Amenadiel celebrate Charlie’s birthday when Charlie shows off his wings! Maze and Eve chase a criminal and knock him out while Chloe gives birth and comes home with baby Rory.

Years later. Chloe is dying, and Rory is at her bedside. Rory has just returned from the past. Rory asks Chloe how she managed to put up with her, knowing what Lucifer had actually done for them. “I wouldn’t change anything”. After her death, Chloe is visited by Amenadiel. “Are you ready to go home?”.

In Hell, Lucifer took over the role of Linda and he now counsels lost souls. Even Vincent is there! Offering to shoot someone in the face, Lucifer notices that Vincent needs more time. Someone’s knocking at the door. It’s Chloe! “I thought you would need a partner.” And so, Lucifer ends up with Chloe who joins him in hell!