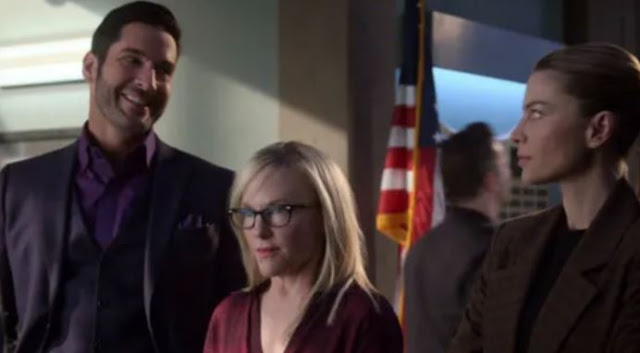 Lucifer is available on Netflix! If you want to know all about the Season 7 release, read on! The first season of Lucifer was released in January 2016, and everyone instantly fell in love with Tom Ellis’ portrayal of the Devil. The series ran for two more seasons on Fox, and after that, it was canceled. But luckily Netflix saw the potential of the series and gave us three more incredible seasons.

Initially, Netflix only ordered a 10-episode Season 4, and after that, Netflix renewed the series for another 10-episode season, but also announced that it would be the final season. Check out the explanation for the end of Season 6 here.

Then strange things started to happen. Netflix has announced that there will be six more episodes in Lucifer Season 5. Then, Netflix announced that Lucifer’s season 5 would actually not be the final season and that season 6 was going to take place!

Lucifer Season 6 is finally available to everyone on Netflix. The final season had ten episodes, and after binge-watching the entire season, fans want to know if Lucifer will have a season 7 on Netflix. We tell you everything!

WHAT IS THE RELEASE DATE FOR LUCIFER SEASON 7 ON NETFLIX?

For a series that nearly ended after three seasons in 2018, Lucifer has found great success in its move to Netflix, and fans of other series have used Lucifer’s model to purchase canceled series from Netflix through a demonstration of support on social media hoping for a similar story.

In fact, following the cancellation of Manifest after three seasons on NBC, fans pushed Netflix to resume the series, given that Manifest was the most popular series on the streaming service. Sadly, Netflix hasn’t picked up Manifest, but fans are hoping something can be done to save the series, as the showrunner sees hope after the series has remained at the top of the Netflix charts for weeks.

Although Lucifer ends before Season 7, it is heartwarming to know that the series lived three seasons past its cancellation date and that fans can stream the episodes as much as they want for the story of Lucifer to continue.

Netflix even poked fun at all of Lucifer’s starts and stops in its final season synopsis, which we shared below, via Netflix.

“This is it, this is the last season of Lucifer. For real this time. The devil himself became God… almost. Why is he hesitating? And as the world begins to fall apart without God, what will He do in response? Join us in saying a bittersweet farewell to Lucifer, Chloe, Amenadiel, Maze, Linda, Ella, and Dan. Bring handkerchiefs. ”