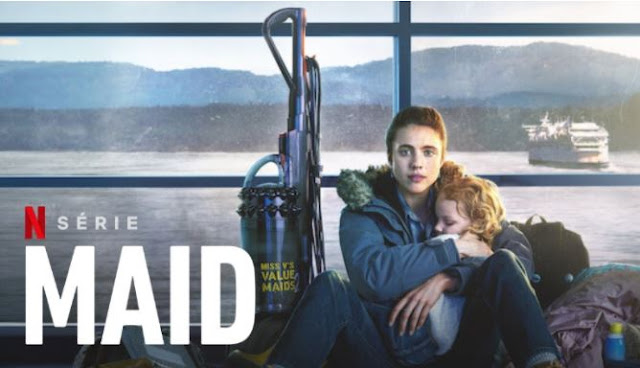 DISCOVER ALL THE NEWS ABOUT THE MAID SEASON 1 RELEASE ON NETFLIX! DATE AND TIME OF EXIT AND MORE.

The maid will be available on Netflix soon! If you want to know all about the Season 1 release, read on! The Netflix series is based on Stephanie Land’s successful memoir, “Maid: Hard Work, Low Pay, and a Mother’s Will to Survive” by Stephanie Land.

It was created by Molly Smith Metzler, known for “Shameless” and “Orange Is the New Black”. Metzler is also a co-writer and executive producer on the series. The 10 episodes of the series will feature the real and deeply personal story of Land, which traces the period of her life when she worked as a housekeeper.

Trying to provide for his young daughter, and dealing with the harsh systemic injustices faced by those who live below the poverty line. We tell you everything about the release of season 1 of Maid on Netflix.

WHAT IS MAID SEASON 1 RELEASE DATE AND TIME ON NETFLIX?

WHAT CAN WE EXPECT FROM IT?

The Maid teaser gives viewers a taste of the drama that lies within this 10-episode program. Without saying too much about the plot, the trailer features the protagonist describing a novel she is working on.

The summary describes the prosperous existence of a lazy woman, who has time to “visit the Louvre twice” and bake many pies if she wishes. Many people, including the speaking lady, yearn for a life of leisure. In reality, we see her trapped below the poverty line, a battle that will be addressed in more detail as the series unfolds.