Malignant: Explanation of the end! Who is Gabriel? Origin, objective! 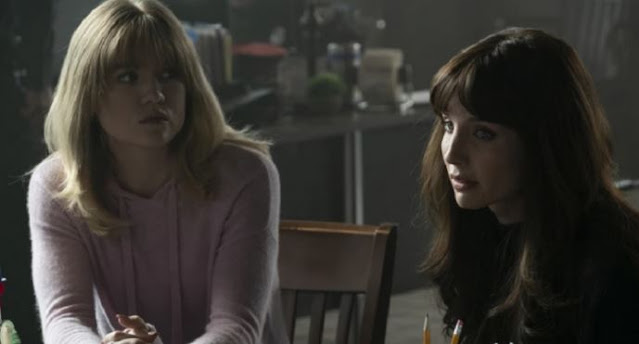 Malignant: Explanation of the end!

DISCOVER THE EXPLANATION OF THE END OF MALIGNANT! WHO REALLY IS GABRIEL?

Malignant is available at the cinema! If you want to know the explanation of the ending in detail, read on! If you’ve been watching Malignant in theaters this weekend, chances are you won’t be able to rest easy until you get to the end of Malignant. Because director James Wan’s new supernatural horror film written by Akela Cooper, based on a story by Wan, Cooper, and Ingrid Bisu completely derails in the third act.

And no one can say that Malignant isn’t going all out. Madison, played by Annabelle Wallis, is a pregnant wife in an abusive relationship when we meet her. Before the film’s release, the official synopsis read, “Madison is crippled by shocking visions of gruesome murders, and her torment deepens when she finds out that those daydreams are indeed terrifying realities.” But it’s so, so much more than that.

If you’ve gotten lost in the twists and turns of history, don’t worry, we’re here to help. Before continuing, if you are concerned about the release of a sequel, we tell you everything here. Otherwise, here is the explanation for the end of Malignant!

Gabriel is the name of an invisible patient at Simion Medical Hospital, first encountered at the start of the film, who destroys doctors, operating rooms, and electrical systems. Gabriel is also the name of the imaginary friend Madison had as a child and lived with her adoptive parents and sister, Sydney.

And of course, Gabriel is the killer who murders Madison’s husband, then starts slaughtering the members of the medical team who did something terrible to him in this horrible hospital. But who or what is Gabriel, and how does he relate to Madison?

Gabriel is revealed to be Madison’s parasitic twin, born at the same time as Serena May, a teenage girl who abandons her children to Simion’s researchers. These initially thought that Gabriel was a massive teratoma attached to Madison, then named Emily.

But the teratoma was actually a distorted and distinct child, named Gabriel by his birth mother and connected to Emily by the head and spinal cord, and who could draw physical energy from Emily but also manipulate her mind as they share a brain.

Horror is a metaphorical genre, so the brilliant idea is that Gabriel could be a symbol of something else, in this case, mental illness. If twins have ever formed in the womb but only one comes to term, Gabriel could also be a manifestation of bipolar disorder or dissociative personality disorder … taken to the extreme.

WHY GABRIEL WANTS TO KILL SYDNEY?

Partially born but trapped in his sister’s body, Gabriel is madly jealous when his conscience is suppressed. When Madison is adopted by a normal, loving family, he becomes even more enraged and uses his weak strength to try and turn Madison against his family in a deadly way. And it seems that over the years he has retained most of his animosity for Sydney.

In the showdown in the hospital room, he says so by telling Sydney that he saved it for last because Madison “chose you over me.” It is sibling rivalry taken to the extreme, especially since the angry sibling is not even a real child in the true sense of the word. Gabriel’s hatred for Sydney, on the other hand, could be a reflection of Madison’s conflicted sentiments towards her adopted sister, who she may regard as lesser because Sydney is their parents’ biological child.

EXPLANATION OF THE END OF MALIGNANT

Madison is in jail for the alleged kidnapping of her birth mother, and Gabriel takes over her body. Gabriel kills all the prisoners and guards and escapes.

Sydney understands that Gabriel wants to kill Serena, the mother who abandoned them, Madison, and him. Sydney rushes to the hospital, where Serena is currently in a coma. She confronts Gabriel and begs Madison to wake up and take back her body. She tells Madison that Gabriel caused Madison’s previous miscarriages, feeding on the fetuses to build himself.

You would think this realization would give Madison the strength to take her body back, but Gabriel kills Sydney and Serena and appears to have won. But wait… no! The scene dissolves, and we realize that Gabriel only thought he had killed Sydney and Serena. Madison used the same sleight of hand as Gabriel to make him see what he wanted to see. Sydney and Serena are both still alive.

Madison and Gabriel clash in a void that visualizes their common spirit. Madison locks Gabriel in a “mental prison,” indicating that she now has control over him. Gabriel warns him that he will get out eventually, and Madison tells him that she will be ready for him when he gets out.

At the end of Malignant, Madison and Sydney kiss, while a lamp in the foreground flickers slightly. Does that mean Gabriel is still there, controlling the electricity? We will know more about the potential sequel!