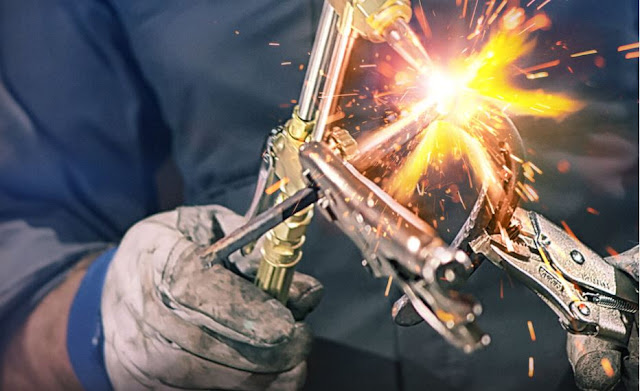 FIND ALL THE NEWS ABOUT THE TOTAL METAL SEASON 1 RELEASE ON NETFLIX! DATE AND TIME OF RELEASE AND MORE.

Metal Shop Masters is available on Netflix! If you want to know all about the release of Season 1 of Metal Shop Masters, read on! If you like reality TV shows like Car Masters: Rust to Riches, this series might be for you. Netflix loves to send original reality shows in people’s faces, and while some are premium, many end up in the trash.

However, because this is a competition, it will be fascinating to see how the streaming service engages metal artists. We tell you all about the release of Season 1 of Metal Shop Masters on Netflix!

WHAT IS THE RELEASE DATE AND TIME FOR TOTAL METAL SEASON 1 ON NETFLIX?

WHAT CAN WE EXPECT FROM THIS REALITY TV?

According to the official synopsis, “Sparks fly and tensions ignite in Metal Shop Masters, a fierce and fiery competition between seven of America’s greatest welding legends. These iron men and women battle against the clock in demanding creations ranging from epic and unusual grills to futuristic automobiles, all judged on form and function, over the course of six episodes, hosted by Jo Koy.

The pressure, the heat, and the turmoil make the job grueling and, in the end, only one of them will forge their way to victory and the Metal Shop Masters title. ” Joseph Glenn Herbert Sr, known as Jo Koy, is a stand-up comedian and will host Metal Shop Masters.