Midnight Mass Season 1: Explanation of the end! Is the creature dead? 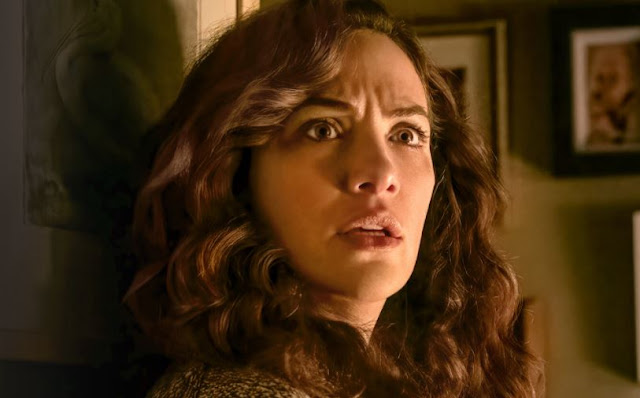 FIND THE EXPLANATION OF THE END OF MIDNIGHT MASS SEASON 1 ON NETFLIX!

Midnight Mass is available on Netflix! If you want to know the explanation for the end of Season 1, read on! The “modern horror king” takes his bow with a concluding chapter that brings into this story of faith the idea of ​​Noah’s ark and the cleansing of the earth. Without any explanation as to what’s going on, and turning into a Walking Dead-like conclusion with zombies.

Most of Mike Flanagan’s long-running horror series can be described as slow-burns, and Midnight Mass perhaps fits that description best. But in the end, the concept of the burn is taken rather literally, as hungry flames engulf Crockett Island.

It sure feels like an end, there is more action, death, and destruction in this final hour than in the rest of the season combined. But it’s the patient work on the characters at the start of the first few episodes that pay off, leading to a poignant and definitive conclusion. If you have any questions regarding the ending of Midnight Mass Season 1, we’ve got it covered!

EXPLANATION OF THE END OF MIDNIGHT MASS SEASON 1

Like everyone else in the congregation, Leeza drinks the creature’s blood, believing it to be wine representing the blood of Christ. Entity blood appears to have the property of repairing damage to cells. Her spinal injury is healed, and Leeza discovers she can use her legs again.

Leeza and Warren are among the very few people who don’t die in the Easter suicide/massacre. Therefore, they do not undergo resurrection and do not become vampiric beings. So the next morning, as the dawn light turns almost everyone to ashes, she and Warren remain unharmed on their boat.

It was then that she told Warren that she no longer felt her legs, implying that something had happened that brought her body back to the previous stage. This is most likely related to the Creature, who was last seen fleeing the island, trying to win a race to the mainland against the sun. The sun caught up with her and freed Leeza from the influence of her blood.

With her wings torn apart, the angel cannot fly safely until sunrise. As she dies, Erin thinks back to the conversation she had with Riley about what happens after death. In her monologue, she describes herself as an energy, not a self, as a part of everything, a drop of water returning to the ocean.

She dies with a smile on her face. As Crockett Island burns, Ed and Annie start singing, and eventually, all the fluff joins them. Hassan and Ali pray to the East, Father Paul removes his clerical collar and hugs Mildred, Bev frantically tries to dig a shelter in the ground, even let’s go in the end.

As the sun rises, Hassan dies of his wounds and all who have been infected are reduced to ashes in the sunrise. The Creature’s death is implied when Leeza tells Warren that she no longer feels her legs.

WHY DOESN’T SHE FEEL HER LEGS ANYMORE?

Now there are two interpretations for these events. The first is that the island itself is full of mysterious healing powers. It could be that there is an energy that you can only harness out there and that the further away you are, the less effect it has. It could also explain what happened to Erin, although no explanation is given for her miscarriage.

One explanation may well be that the blood she drank from the congregation may well have poisoned her child and caused a miscarriage. Although the hormone levels still cannot be explained.

The other explanation is that the power comes from the angel himself. If this angel died in the sunlight, along with all the “apostles” on the island, that could explain why Leeza no longer feels her legs. And that could also explain why the angel doesn’t go straight to her in the abandoned building. She is one of the few people who kept the faith and remained morally “good” throughout the series.

Uh no? How about the healing effects of the angels blood just wore off since they stopped drinking it….. it's still alive so they can make another season. Duhhhh