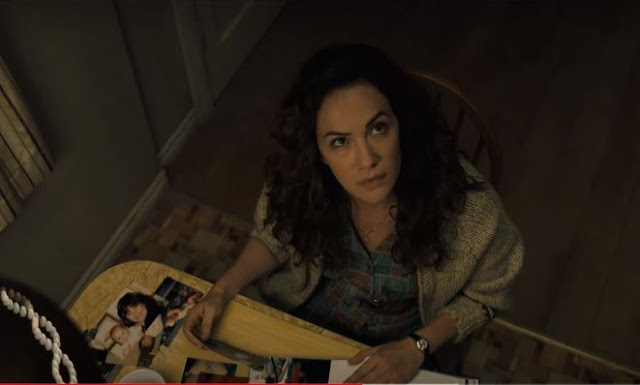 DISCOVER ALL THE NEWS ABOUT THE MIDNIGHT MASS SEASON 2 RELEASE ON NETFLIX! RELEASE DATE, RENEWAL, AND MORE.

Midnight Mass is available on Netflix! If you want to know when Season 2 will be released, read on! Netflix’s latest horror series has just launched, and people are already wondering what the next thing might be. Midnight Mass is another Mike Flanagan project.

Midnight Mass follows the small town of Crockett Island and the people who call it home, each carrying the baggage of their past or present. Our main character is Riley Flynn, a man who just returned from prison after killing a young woman in a drunken car crash. He tries to reintegrate into the real world, while the city is shaken by the arrival of a new priest in their church.

Father Paul arrives on Crockett Island and tells the locals that their priest has fallen ill and is recovering from the island, so he will be replacing him for the time being. This time begins to get stranger and stranger, leading to events that even look like miracles.

Fans are already feasting on Midnight Mass, and without revealing any spoilers, the ending is quite a spectacle. If you want to know the explanation for the end of Midnight Mass, read this. Otherwise, we tell you all about the release of Season 2 of Midnight Mass on Netflix!

WHAT IS THE RELEASE DATE FOR MIDNIGHT MASS SEASON 2 ON NETFLIX?

The first season was released on September 24 in full. Midnight Mass was developed as a limited series. This is Flanagan’s third web series for Netflix and it features most of the actors who work with him regularly. Midnight Mass ends on a satisfying note, with most of the characters’ stories coming to an end.

As the sun sets, Father Paul and Millie are together. Just before she passes away, Erin has a vision of Riley. Bev is scorched as she attempts in vain to protect herself from the beach’s sand. Warren and Leeza are the only two people who have survived. Leeza informs Warren she can’t feel her legs anymore, which brings the story to a close.

Some plot strands can be followed up on later, but this conclusion has a sense of closure. If Flanagan’s first two Netflix programs are part of the anthology series “The Haunting,” These two series are only linked by a few limited elements. Midnight Mass, on the other hand, stands as a standalone story with no ties to the previous series.

In addition, Flanagan is now working on his fourth project for Netflix, a horror series titled “The Midnight Club.” It is based on Christopher Pike’s novel of the same name, published in 1994. Flanagan has already started working on his next project. Given all of this, we can safely assume that the second season of Midnight Mass will not be released on Netflix.