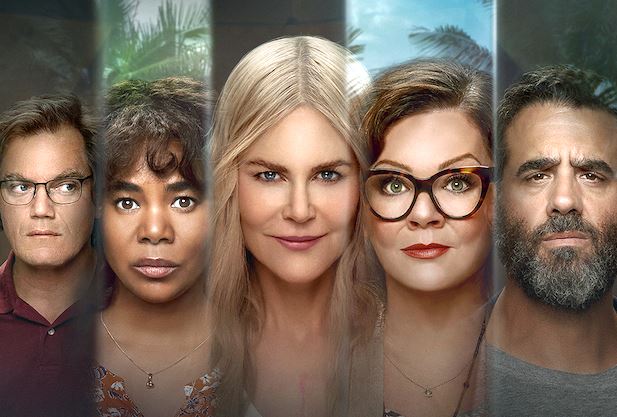 WATCH THE EXPLANATION AT THE END OF EPISODE 6 OF NINE PERFECT STRANGERS ON AMAZON PRIME VIDEO!

Nine Perfect Strangers is available on Amazon Prime Video! If you want to know the explanation for the end of Episode 6, read on! Nine Perfect Strangers Episode 6 became a hot topic of discussion. This episode is a testament to the development of ties between the Strangers. Meanwhile, Masha, the enigmatic owner of Maison Tranquillum, will enhance the standard of care.

This American drama, on the other hand, was created by John-Henry Butterworth and David E. Kelley. The first episode was released on August 18, 2021. If you want to know when Episode 7 will be released, read this. Otherwise, we tell you all about the explanation of the ending of episode 6 of Nine Perfect Strangers!

EXPLANATION OF THE END OF EPISODE 6 OF NINE PERFECT STRANGERS

From the horrified look we see on Masha’s face in hallucination and the resemblance between her and the young girl, it’s easy to deduce that this is Masha’s daughter. Additionally, the tense scene in which the episode ends strongly suggests that the young girl was killed when she was hit by a car while riding a bicycle.

It’s also highly likely that this accident happened before Masha was shot, as she looks much younger in her visualization. The fact that Masha’s daughter was killed begins to show us why the leader of House Tranquillum is so interested in the visions of deceased family members, like that of Zach Marconi. The mysterious woman searches for a way to reconnect with her own daughter, which she claims to do when Delilah confronts her about eating cake.

She may be using her patients to test new procedures that could help her synthesize a way to interact with her own daughter. If the hallucinations of the Marconi family are to be believed, it looks like Masha is on the verge of achieving her goal.

While it is difficult to blame Zach’s death on Heather, Napoleon seems to think it was his wife’s fault. In a heart-wrenching turn, after first blaming himself for his son’s death, he now blames his wife and hints to Masha that their relationship will likely never recover from this revelation.