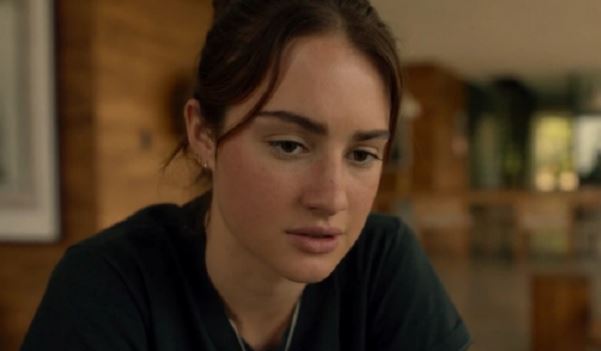 WATCH THE EXPLANATION AT THE END OF EPISODE 7 OF NINE PERFECT STRANGERS ON AMAZON PRIME VIDEO!

His face bloodied, Yao intervenes and manages to tie Carmel to the ground. As they rush out of the area, Frances begins to panic. Tony senses this and suggests that they move away from this place together. As he begins to chant the prose from his book, Tony suddenly transforms into long hair and white robes.

Yes, this is all a big sight as the treatment starts to get out of hand. If you have any questions regarding Nine Perfect Strangers Episode 7, including the ending, we’ll tell you all!

EXPLANATION OF THE END OF EPISODE 7 OF NINE PERFECT STRANGERS

At the end of episode 7 of Nine Perfect Strangers, Carmel turns to Masha again, revealing that one of her eyes is cloudy and blue, and Masha then has a brief flashback of the bullet she has. received. Carmel is then revealed to be the same person who shot Masha years ago and nearly killed her.

The person Masha sees in the flashback is the one who attacked her and whose eye is just as cloudy. The fact that we also see Carmel pulling a phone out of a hiding place in her bedroom tells us that this unlikely guest of the Tranquillum house has been sending these threatening messages to Masha all this time.

Carmel is probably driven by a desire for revenge, as Masha slept with her husband several years ago and put him on the path that led to her abandoning Carmel. Although she says she forgives Masha, it seems Carmel has been plotting revenge for many years and even attempted to kill Masha in the past.

She also seems to be in control of her faculties and was probably bluffing when she assaulted Masha and claimed to have hallucinated that she was Lillian. As Masha’s actions become increasingly dangerous and unethical, it appears the Marconi is in a difficult situation.

Considering Napoleon and Heather both had particularly strong reactions to hallucinogens in the past and all three were apprehensive about consuming the potent mixture in the first place. There are a lot of things that can go wrong. Of course, there is also the slim possibility that Masha is right and that the Marconi could experience Zach in their hallucinations.