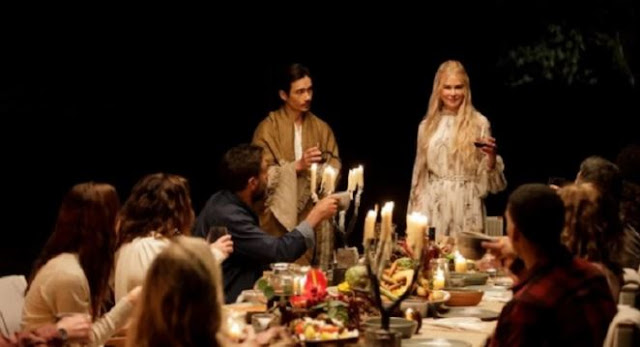 DISCOVER ALL THE NEWS ABOUT NINE PERFECT STRANGERS EPISODE 8 ON AMAZON PRIME VIDEO? DATE AND TIME OF AND MORE.

Nine Perfect Strangers is available on Amazon Prime Video! If you want to know all about the release of Episode 8, read on! Hulu & Prime Video have made a big splash with Nine Perfect Strangers, having assembled a top cast. They are Nicole Kidman, Melissa McCarthy, Michael Shannon, and Bobby Cannavale, all of whom have won or been nominated for Oscars and Emmys.

Created by David E. Kelley, Nine Perfect Strangers is his third collaboration with Nicole Kidman. This time, she plays Masha, a Russian expert in wellness and spiritual healing.

The main plot is this: Nine strangers gather at Tranquillum House for a Goop-inspired retreat to overcome their torments, but that’s not on the schedule for Masha, the getaway becomes a lot less zen than expected. If you’d like to know the explanation for the end of Episode 7, read this.

WHAT IS THE RELEASE DATE AND TIME FOR NINE PERFECT STRANGERS EPISODE 8 ON AMAZON PRIME VIDEO?

Nine Perfect Strangers Episode 8, which concludes the miniseries, is titled “Ever After” and promises to be explosive. Given that this is the final episode, there are many long-awaited answers the episode is likely to give us and also inform us of the precarious fates of the residents of House Tranquillum.

Episode 8 will likely open with the Marconi family on a psychedelic journey that they embark on to interact with Zach. The fact that Masha also ingested the drugs and came face to face with her tormentor will give rise to some very tense moments in the upcoming episode.

If Delilah has followed through on her threat, the police are likely on the way, which will only add to the chaos that reigns at House Tranquillum today. We’ll also see if Frances and Tony end up getting together and if Ben and Jessica renew their wedding vows amid all this surreal activity.

Finally, Lars is probably the only lucid guest who knows the gravity of what’s going on, and he’ll likely take matters into his own hands when things get more and more out of hand. He might be called upon to rescue the Marconi or even subdue the staff of the Tranquillum House.

Nothing makes one more upset than sitting through all seven eps of a mini series then being told the final eps 8 is not available. (after the advertised Sept 22 date in Canada). An excellent reason to cancel Amazon Prime.