Only Murders In The Building Episode 3: Release date? 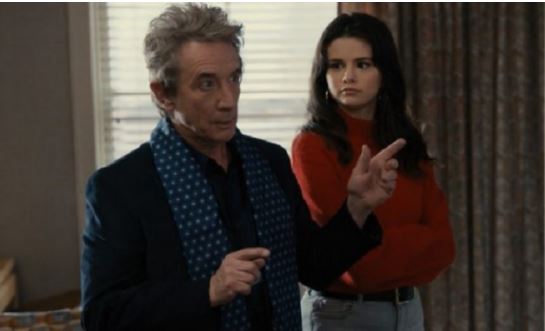 Only Murders In The Building Episode 3

CHECK OUT ALL THE NEWS ABOUT THE ONLY MURDERS IN THE BUILDING EPISODE 3 RELEASE ON DISNEY PLUS! DATE AND TIME OF RELEASE AND MORE.

Only Murders In The Building is available on Disney Plus! If you want to know when Episode 3 will be released, read on! If you’re a fan of real crime, comedy, or both, Disney Plus has a series for you. This week marks the premiere of Only Murders in the Building, a charming new comedy and murder mystery.

The ten-part series stars Selena Gomez, Steve Martin, and Martin Short as a trio of Upper West Siders who decide to investigate the shocking murder of their neighbor, with many mishaps along the way.

WHAT IS THE RELEASE DATE AND TIME FOR ONLY MURDERS IN THE BUILDING EPISODE 3 ON DISNEY PLUS?

Only Murders In The Building follows three neighbors Mabel, Charles, and Oliver who share an obsession with real crimes and suddenly find themselves involved in one of these crimes. When a tenant in their expensive Upper West Side apartment building dies, the trio suspects murder and decides to investigate the case while producing a podcast to document the case.

In episode 3 of Only Murders in the Building titled ‘How Well Do You Know Your Neighbors? Mabel is working on repairing her aunt’s flat as Charles and Oliver continue to record the podcast. We get a brief glimpse into Oliver’s Broadway past. The trio gets together to talk about the possible suspects based on the complaints they’ve gathered about Tim.