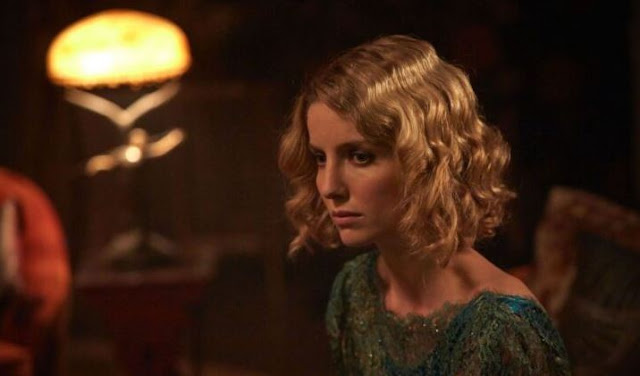 Peaky Blinders recently wrapped filming on its sixth season, and the new episodes that will conclude the story are expected to be released shortly. Meanwhile, fans claim that Thoma Shelby’s wife is alive.

The BBC crime series Peaky Blinders wrapped up filming for its sixth season at the end of May. The next episodes of the series are currently in post-production and should be released in early 2022.

Grace Shelby is alive and well, according to Peaky Blinders fans

Peaky Blinders will reach its climax with the sixth episode, and as fans wait for the final episodes to arrive, they keep speculating on what awaits Thomas Shelby (Cillian Murphy). Faithful viewers of the drama are also talking about the return of Grace Burgess (Annabelle Wallis), Chester Campbell’s former secret agent and Tommy’s late wife.

Remember Grace was killed in the third season of Peaky Blinders, and fans have seen Tommy see her through his hallucinations throughout the series because he feels so attached to his mind.

While fans are aware of Grace’s death in Peaky Blinders season 3, some believe she never died and will reappear in the criminal’s life when he is redeemed in the final episode of the series.

According to this theory, Grace is alive in Peaky Blinders unbeknownst to Tommy, and that she staged her death to go back undercover. This assumption was reinforced, after the series creator, Steven Knight spoke about how he wants Tommy’s story arc to end. This from the executive producer:

“[The season] will tell a different story, in which Tommy Shelby, who starts as a nihilist who thinks only of his family, is redeemed and becomes good.”

With that in mind, Knight’s words prompted fans to take to Reddit to advance their theory on Grace’s survival and her return to the drama. According to them, she will be reunited with Tommy when Peaky Blinders reaches its finale with Season 6. They said this:

“[Knight] said he wanted to end the story with a redeemed Thomas and I can’t think of anything but Grace alive who could redeem Thomas Shelby, seeing how he always freaks out about him.”

Also, his role as Secret Agent for the Crown in Season 1 was too short and meaningless to give him any significant status in Tommy’s life. I believe she hasn’t completed her assignment yet and still acts as an undercover agent for the Crown and will return to Tommy once she’s done. “

Peaky Blinders fans supplement her theory by saying that Grace’s survival is highly likely, due to where she was shot. In addition, her family’s ties to the military may have helped her disappear without a trace.