Sex Education Season 3: Explanation of the ending! Maeve and Otis are they together? 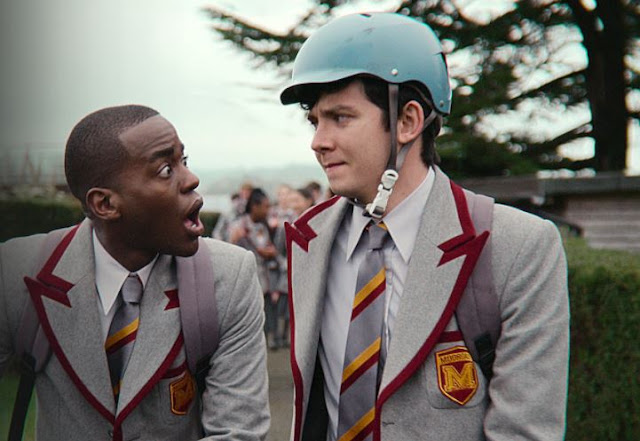 FIND THE EXPLANATION OF THE END OF SEX EDUCATION SEASON 3 ON NETFLIX!

Sex Education is available on Netflix! If you want to know the explanation for the end of Season 3, read on! Netflix’s hit-drama Sex Education returned today with its long-awaited Season 3, immersing viewers in the action with an NSFW montage of its characters battling it out.

Asa Butterfield returns as Otis Milburn, the once awkward teenager who started his sex therapy clinic in Moordale is now a mature sixth adult with a mustache and a secret girlfriend. To learn all about the release of Season 4 of Sex Education, read this.

However, throughout the series, a huge amount is going on, from Maeve and Isaac’s relationship to meeting Jackson and Cal, the new non-binary student, and sometimes it’s hard to keep up. We summarize everything here.

If you’ve watched the entire season in one go and need a recap, or just want to know what happens at the end, read our explanation of the ending of Season 3 of Sex Education.

MAEVE AND OTIS END TOGETHER?

The moment we’ve all been waiting for finally came in Season 3 of Sex Education. Maeve and Otis kissed for the first time.

After being accidentally stranded in France on a school trip, Otis told Maeve what he said in the voicemail that was deleted by Isaac in the series two finales, again declaring his love for her. she and the two shared a passionate kiss.

At the end of Sex Education Season 3, it looked like Maeve and Otis were finally going to be a couple. Otis admitted he started the sex clinic to be close to Maeve and they reconciled, with Maeve deciding to move in with Anna, her sister Elsie’s adoptive mother, and give her relationship a boost with Otis.

Then, at the last minute, Erin, Maeve’s mother, arrives with the money she needs to participate in the Gifted and Talented program in America. After Aimee convinces her to leave at the last minute, Maeve tells Otis that she is leaving the country that evening. While Otis and Maeve’s relationship is on hold, there is still hope that they can pursue a romance upon her return.

Although it is not specified for how long Maeve is leaving, in saying goodbye to Otis, she hints that she will be back sooner or later, saying “see you later.” Since it’s the last term of high school, Maeve is likely leaving for at least six months, until the end of the school year. 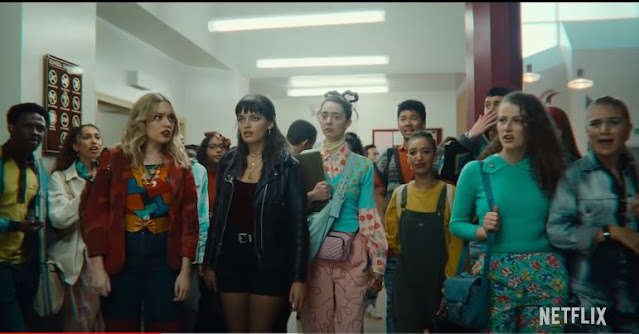 EXPLANATION OF THE END OF SEX EDUCATION SEASON 3

Meanwhile, the students’ celebrations are short-lived as they soon learn that Moordale’s investors have all withdrawn their funding. John is also going into labor and faces life-threatening complications during childbirth.

So, devastating events occur at the end of Season 3, the most notable of which is Moordale’s loss of funding. After the student sex show in front of investors and parents, it appears the school has lost all financial support, and it is announced in the Season 3 finale that Moordale will be shut down and then sold.

This announcement is particularly devastating for sixth-graders, who are only one term away from graduation and must now look for other options to complete their education. Far more serious than the closure of the school’s unofficial sex clinic, it now looks like Moordale High School itself is on the verge of closing.

Perhaps the only ray of hope comes from a brief scene where a newspaper clipping is seen showing how the students of Moordale, with their protests, have sparked protests among students across the UK who are clamoring safer environments to explore their sexuality and personal choices without being humiliated.

JEAN IS SHE ALIVE?

Jean suffers from complications during the birth of her child and is forced to undergo surgery immediately after the birth of her daughter Joy. The ending of Season 3 of Sex Education tells us about the life of John hanging by a thread and Otis and Jakob trying to comfort each other.

Meanwhile, Otis is forced to imagine what life would be like without his mother, and he hastens to say that he doesn’t want to go live with his father. Jakob comforts the scared boy and tells him that he will be there for him. Jean’s precarious condition, therefore, brings Otis and Jakob together.

After many hours of tension, Jean finally leaves the operating room and is declared stable by the doctors. So, although she is a little fazed from the medications given to her during the operation, she seems to be recovering quickly. However, this ordeal seems to have given Otis a new appreciation for his mother, and his still latent frustration with her seems to be gone, at least for now.