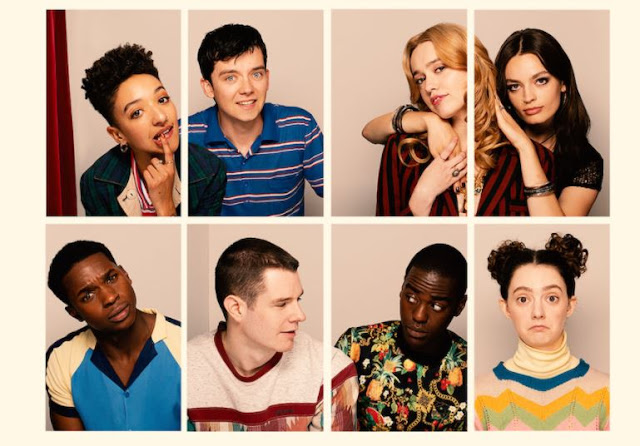 DISCOVER ALL THE INFOS ABOUT SEX EDUCATION SEASON 3 ON NETFLIX! DATE AND TIME OF RELEASE AND MORE.

The announcement was made by none other than Director Groff in a YouTube video posted in February 2020. We’ve been waiting for what appears to be too long for the highly anticipated third installment of the Netflix original. If you’re on the hunt for updates, here’s everything you need to know about Sex Education Season 3 on Netflix!

WHAT DATE AND RELEASE TIME FOR SEX EDUCATION SEASON 3 ON NETFLIX?

WHAT TO REMEMBER OF THE END OF SEASON 2?

In season 2, Maeve confessed that she had feelings for Otis and he didn’t react very well to that, accusing her of waiting until he was in a relationship with Ola to tell him what she was doing. felt. Otis’s decision hurts Maeve, who has grown closer to Isaac, but he decides to leave her a voicemail message confessing his feelings for her, telling her that he loves her and everything in between. Isaac started to like Maeve and definitely saw Otis as a competitor, so he made sure Maeve never heard the voicemail.

Much of Season 2 of Sex Education was devoted to the blossoming of the relationship between Jean Milburn and Jakob, Ola’s father. At the end of Season 2, Jakob and Jean were at odds after the latter pushed Jakob away by kissing her ex-husband Remi. It broke Jean’s heart, of course, but the revelation that she was pregnant further complicated matters. There is still hope that Jean and Jakob will get back together in Season 3 of Sex Education.

Eric dated Rahim for most of Sex Education Season 2 and while their relationship wasn’t a bad one, it was obvious that Eric harbored feelings for Adam. While Eric is frustrated that Adam cannot even hold his hand in public. Adam ends up making a big public gesture in front of the school asking Eric to hold his hand. Rahim is heartbroken that Eric chooses Adam, but Eric cannot deny his attraction to Adam, who promises him that he will be a better person in the future.

Jackson was a star athlete, but the pressure of being a great swimmer was starting to get to the point where he broke his hand to avoid having to compete. What blossoms in Season 2 is their friendship and mutual respect, as the two characters blossom and develop their relationship charmingly and organically.