SUPERSTORE: THE FIRST 5 SEASONS OF SUCCESSFUL SITCOM ARE ON NETFLIX 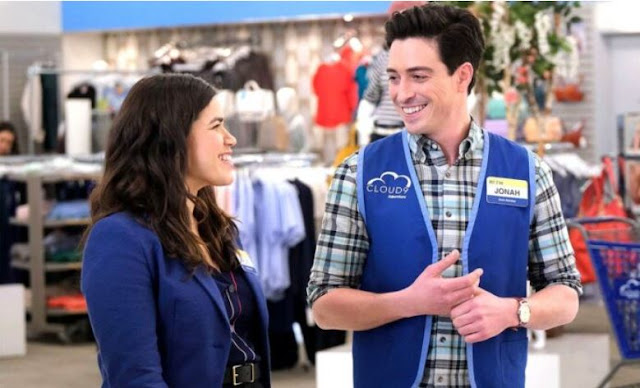 While its release had not been announced by Netflix, the streaming platform decided to give us a little surprise by releasing the first five seasons of the sitcom Superstore a few hours ago.

This is great news because the sitcom has already proven itself around the world and promises to make us laugh. If you want to know more about this American comedy, this article is for you!

SUPERSTORE: A SITCOM AT THE HEART OF A LARGE SURFACE

From determined managers to sometimes lost employees, Superstore immerses us in the daily life of the team working in the fictitious supermarket, the “Cloud 9”. The sitcom stars Jonah, an always optimistic employee who watches over his colleagues and friends.

Among them, we find in particular the funny Cheyenne, the evil Garrett, but also Sandra who finds herself constantly fired. This happy team is supervised by Glenn who can count on his assistant manager Dina and his second Mateo, to say the least ambitious.

If you like offbeat American humor, you’ll be in for a treat watching the American sitcom.

The hit comedy first aired on NBC in November 2015. Since then, the series created by Justin Spitzer has gone through the seasons. Last November, NBC aired the sixth season of the hit sitcom.

This American series has, indeed, been acclaimed by critics. It was notably rewarded by several awards such as the Gracie Award in 2017 and the Golden Réel Award in 2018. In France, the series was broadcast on several channels including Comédie + and NRJ12 in 2019.

AT THE SUPERSTORE CASTING

Among the Cloud 9 employees, we will also find Mark McKinney (The Kids in the Hall), Nichole Bloom (Teenage Cocktail, bloom until dawn) as well as Kaliko Kauahi (Tales from the Catholic Churc of Elvis!).

WHAT IS THE RELEASE DATE FOR THE SUPERSTORE SERIES ON NETFLIX?

Netflix decided to surprise us by uploading the entire first five seasons of the Superstore series tonight at midnight. A good start to this week which promises to be full of new things.