The Father Who Moves Mountains: Explanation of the end of the Netflix movie! 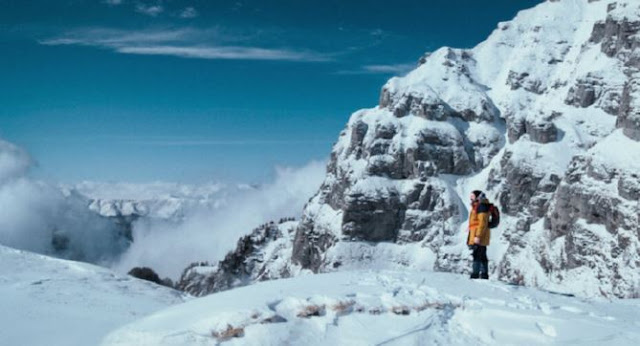 The Father Who Moves Mountains

FIND THE EXPLANATION OF THE END OF THE FATHER WHO MOVES MOUNTAINS ON NETFLIX! COSMIN & DANIELA ARE THEY DEAD?

The Father Who Moves Mountains is available on Netflix! If you want to know the explanation for the ending, read on! This is a new Netflix drama thriller from Romania. Honestly, the title makes the main character feel like some sort of hero. In fact, he is extremely unsympathetic and it gets worse as the story progresses.

The landscapes are absolutely breathtaking since we are in the mountains for most of the scenes. And it’s a good thing. And not just because of the horrible death of the hero’s hair and beard. If you want to know where the movie was filmed, read this. Additionally, the movie is based on a true story and if so, some facts about this case would have been welcome. If you have any questions regarding the ending of The Father Who Moves Mountains, we’ll tell you everything!

To know if the movie Is it inspired by a true story? Read this!

No, Mircea can’t find Cosmin. Yes, Cosmin and Daniela are dead. Arguably the two most important motives in the movie are guilt and obsession. Mircea cheated on Paula and ended up leaving her. Cosmin was mostly brought up by his mother. When he disappears, Mircea is overcome with a sense of guilt that he hasn’t been there for his son the whole time. His frantic search for Cosmin stems from this guilt and eventually turns into an obsession.

Alina leaves when she learns that Mircea has sold their house in order to use the money to offer a reward to whoever finds Cosmin’s body. Daniela’s parents leave soon after, too exhausted physically and emotionally to continue any longer. Even Paula leaves, thinking it’s her presence that is holding Mircea back. But Mircea stays. Every day, he goes out with a few employees and his loyal assistant Laurentiu to dig up Cosmin’s body.

Eventually, Alina returns, and they reconcile. But Mircea’s struggle against the mountains continues. At this point, his actions are not necessarily driven by obsession, but by selfless and deep-seated determination. On the radio, he hears that a man has been injured in the mountain and lets the others go and help him as he continues to dig. The movie ends there, as Mircea has yet to retrieve her son’s body.

It's not fair.. they need to give us an ending.. we deserve to know what happen to cosmin and daniela… all the effort of a father and they will end the story like that! We need the part 2 of movie!