The Good Doctor Season 3: Explanation of the end! Is Melendez really dead? 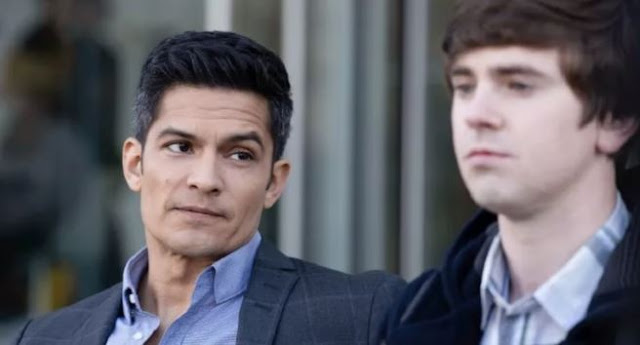 DISCOVER THE EXPLANATION OF THE END OF SEASON 3 OF THE GOOD DOCTOR ON AMAZON PRIME VIDEO!

The Good Doctor is available on Amazon Prime Video! If you want the explanation of the end of Season 3, read on! In the final episode of Season 3 of The Good Doctor, the staff at St. Bonaventure Hospital continued to dig through the ruins of the massive earthquake that rocked San Jose and as promised, not everyone did not make it out alive.

The lives of several characters are at stake in this two-part finale. In the penultimate episode, Melendez was run over by rubble, with what appeared to be minor injuries. Continuing to help the injured for as long as he could, Melendez ended up in bed in St. Bonaventure. We tell you all about the end of Season 3 of The Good Doctor!

EXPLANATION OF THE END OF SEASON 3 OF THE GOOD DOCTOR

Trapped in a rapidly filling room with water, Doctor Shaun got stuck with the women he tried to save. However, when he finally managed to get out, Lea Dilallo was waiting with him, despite their previous heartache this season.

Dr. Morgan Reznick, who apparently sacrificed his future career to save a dying person, has received the sad news. Viewers will recall that she had surgery earlier in the season to treat her rheumatoid arthritis.

Then at the end of Season 3 of The Good Doctor, she found herself the only person who could operate despite the fact that she was still recovering from the procedure. Dr. Aaron Glassman explained that it may have cost him his ability to operate again, having traumatized his joint incisions.

However, the most shocking moment in the finale was the heartbreaking death of Dr. Neil Melendez. Viewers will recall he collapsed in the penultimate episode after being struck by rubble.

However, the situation was far more serious than viewers had initially assumed since he ended up in hospital with ischemic bowel.

At the end of Season 3 of The Good Doctor, Dr. Claire Browne and Melendez confessed their love before he succumbed to his injuries. For those who still wonder about the death of his character. The actor has confirmed in an interview that he does not survive his injuries.