You vs. Wild: Out Cold: Explanation of the end & Best way! 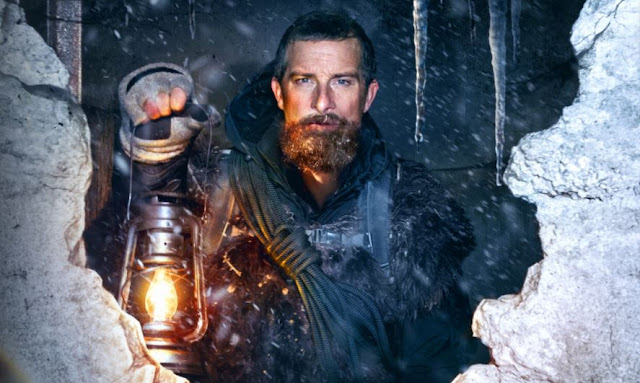 CHECK OUT THE EXPLANATION OF THE END OF YOU VS WILD: OUT COLD ON NETFLIX! WHAT IS THE BEST WAY?

You vs Wild: Out Cold is out now on Netflix! If you want to know the explanation for the ending, read on! Entitled You vs. Wild: Out Cold, the interactive children’s special is the third interactive special in the You vs Wild series, which debuted in 2019 and saw another entry in the form of Animals on the Loose in early 2021.

The series itself is somewhat of a spin-off of Bear Grylls’ Man vs. Wild series, which aired on the Discovery Channel from 2006 to 2020. It’s all about guiding Bear Grylls through dangerous environments using interactive technology. Netflix, available on most devices.

Ben Simms returns to direct this new special, which is produced by Propagate Content. If you’d like to know the explanation for the end of You vs Wild: Out Cold and the Best Way, we’ve told you everything!

EXPLANATION OF THE END OF YOU VS WILD: OUT COLD

WHAT IS THE BEST ROUTE TO END THE ADVENTURE?

The first choice you need to make for Bear is what to secure first: shelter, food, or water. Since Bear is stuck in an icy region after such a grueling ordeal, choose shelter before anything else. Even though Bear doesn’t remember anything else, his body does.

He can go hours without water and days without food, but having a shelter in this environment is absolutely crucial. After making a makeshift shelter with your parachute and fallen branches and lighting a fire, you must choose to collect water.

As mentioned above, food is the last of the three things Bear needs right now. Bear realizes that all the water is coming down the mountains and spots the swampiest part of the land. There he finds pieces of ice. He picks up several, and on his way back, he finds a rotting bear carcass. He collects food and skin there to keep warm after scratching the fur.

When the wolf arrives, you have to go to the heights. The forest is the home of the wolf, and Bear can’t escape it and has to run for the mountains anyway. After successfully escaping the wolf and reaching the heights, Bear speaks to Joe for the first time since the crash and obtains essential information about the mission.

The next choice is to choose between the mountains and the tunnels to reach Joe, who is on the other side of the mountains. This is arguably the most crucial choice of the entire mission. Choose the tunnels. After choosing the tunnels and finding a lantern in the rafts, choose to light it now rather than later.

You then have the choice of taking a flight of stairs and following a breeze further down the tunnel. Choose the stairs to avoid feeding Bear a cockroach or centipede and then tripping over the trap. Once radio contact is restored, choose for Bear to advise Joe to scare the wild animal by making a noise. If Joe plays soft and quiet, the animal will only embolden and attack him.

For the next pickaxe, you can choose either route: chimney climb or switchback. The two lead Bear to the top, but the climb up the chimney takes much less time. The final choice is: either Bear throws the rope at Joe so that Joe can climb, or he rappels down himself and saves Joe.

Although Bear saves Joe in either case, choose the second option because that way Bear doesn’t have to endure another painful brain jerk to get his memories back.

Bear saves Joe just in time before the cockpit falls off the cliff and explodes, completing the mission. The reunion with his friend triggers his memory, and Bear remembers everything about himself, the crash, and his family.

The mysterious wild animal from You vs Wild: Out Cold is a grizzly bear. Throughout the film, Bear nearly runs into the real bear, but he manages to avoid the encounter thanks to audience choice and luck.