After 4: What is the release date for After Ever Happy on Amazon Prime? 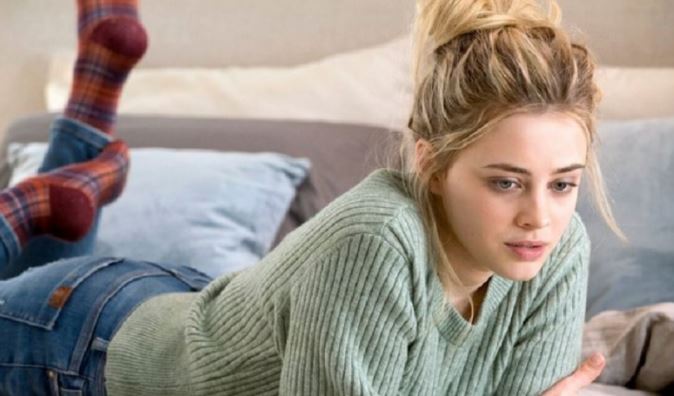 DISCOVER ALL THE INFOS CONCERNING THE AFTER 4 FILM ON AMAZON PRIME VIDEO! RELEASE DATE, RENEWAL, AND MORE.

After is available on Amazon Prime Video! If you want to know all about the release of After 4, read on! The movie event of the week is the release of After We Fell, the third movie in the After franchise. For those who don’t yet know, these are movies based on romance novels.

Josephine Langford is back as Tessa Young, who is about to move to Seattle for a brand new job, and Hero Fiennes-Tiffin is back as Hardin Scott, her borderline abusive boyfriend. After We Fell doesn’t have a plot.

It’s mostly about Hardin getting angry with Tess for nothing. The couple quarrel, they argue, they reconcile, they make love. Rinse and repeat no less than four times, and you have a full movie.

But believe it or not, this is not the end of Tess and Hardin’s story. There is still one movie, After Ever Happy or After 4 to make. Here’s what we know about After 4, and the After Ever Happy release date.

WHAT RELEASE DATE FOR AFTER 4 ON AMAZON PRIME VIDEO?

The third movie was released on October 22, 2021, on Amazon Prime Video. While the release date for After Ever Happy has yet to be confirmed, you’ll be delighted to hear that it’s official and has already been shot.

It will serve as an adaptation of the eponymous 2015 novel by Anna Todd, while Castille Landon is firmly at the helm as director. Of course, the two central stars will be back to reprise their roles. Since the movie has already been shot, we believe the release date for After 4 should be set for mid-2022 on Amazon Prime Video!

WHAT CAN WE EXPECT FROM AFTER EVER HAPPY? SPOILERS!

After Ever Happy synopsis confirms the series will pick up from the reveal when Hardin finds out his father isn’t Ken and is Christian Vance, and that won’t be the only bad news to come. for the couple.

“Hardin’s impenetrable mask is shattered by a past discovery, and Tessa suffers a tragedy, putting their relationship to the edge of implosion. As the shocking truth about each of their families emerges, it is clear that the two lovers are not that different from each other. “

It’s not yet clear how After 4 will deal with the novel’s time leaps, which follows Tessa and Hardin’s relationship over several years. We know that while this is the end, the sequel will pick up from the book’s epilogue.

WHO WILL BE AT THE AFTER 4 CASTING?

It wouldn’t be an After movie without Josephine Langford and Hero Fiennes Tiffin as Tessa and Hardin, so they’re back in After 4.

Given that it was shot back to back with the third movie, expect to find much of the same cast including Chance Perdomo as Landon Gibson, Louise Lombard as Trish Daniels, Frances Turner as Karen Scott’s, Rob Estes Ken Scott’s, and Kiana Madeira’s Nora’s.

Due to the shooting schedule, the third and fourth movies had to re-cast characters, such as Landon and Frances, as the original actors were unable to return due to scheduling conflicts.