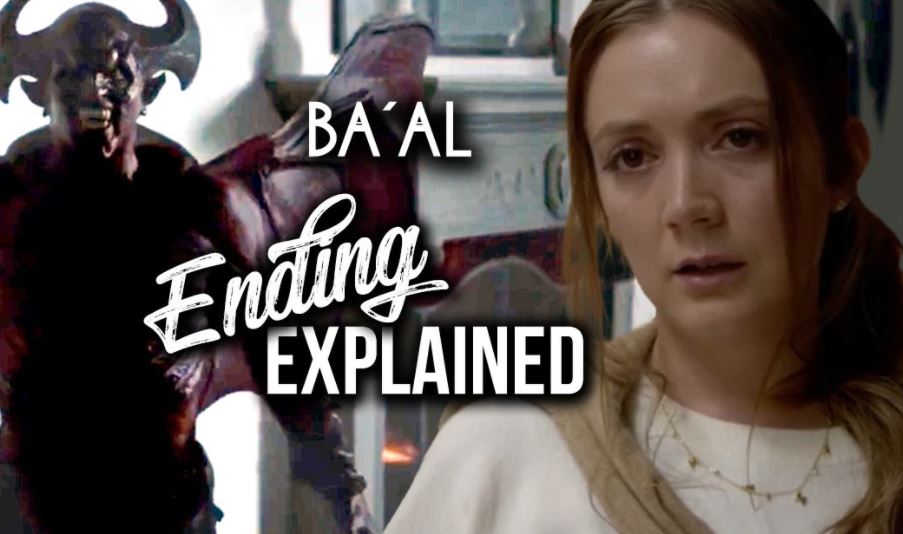 Instead of taking the opportunity to give us fresh new stories, almost half of the American Horror Stories season was devoted to… Murder House. It’s an iconic season of the original series, but I didn’t see the point in making it part of it. On top of that, the Season 1 finale was lackluster and underwhelming, to say the least.

To my surprise, we had not one but two Fuller House cast members, which made the whole experience even more bizarre. They went from healthy too… well, you know. The entire episode was, from start to finish, a true season-centric experience of Murphy’s Murder House. We tell you all about the end of Season 1 of American Horror Stories!

EXPLANATION OF THE END OF AMERICAN HORROR STORIES EPISODE 7

After the events of the “Game Over” video game, Rory ends the game in the real world and asks his mother what happened to the ghosts in Murder House after the last level of the game. When Rory finishes the game, his character burns Murder House with all the ghosts inside, letting many spirits leave the property, stay on the property that turned into a condominium or escape to the rest of the world.

While viewers are tricked into believing that all of the events of Murder House in the American Horror Stories season finale were only contained in the video game, Beau Langdon’s red ball can be seen rolling across the house floor. of Michelle, who happens to be a long way from the Murder House property in which he was trapped.

After Rory completes the Murder House video game, the two men go to look for food while wondering what happened to the spirits of the house after it burned down in the game. A few seconds later, the camera shifts under a chair, where Beau Langdon’s characteristic red ball can be seen rolling before the screen turns black.

It could mean that what happened in the game translated into real life, much like the fictional film Rabbit. Beau’s bullet could also mean that all of the events of the episode actually happened and Michelle simply turned her experience into a video game. In this case, Michelle would still be a ghost, she just chose to escape into the world to be with Rory, like what Beau chose to do.

The difference between what was simulated in Escape From Murder House and what was real in Michelle and Rory’s life isn’t always clear. It seems the only real parts of American Horror Stories Episode 7 happen when Rory and Michelle are in their own home.

In “Game Over”, the scene where the opening sequence turns out to be where Rory is playing a video game, the argument that ensues between Rory and Michelle to understand the content of the series, Michelle watching the series in taking notes, and the final scene where Rory ends the game and they go off to get some food can all be interpreted as real.