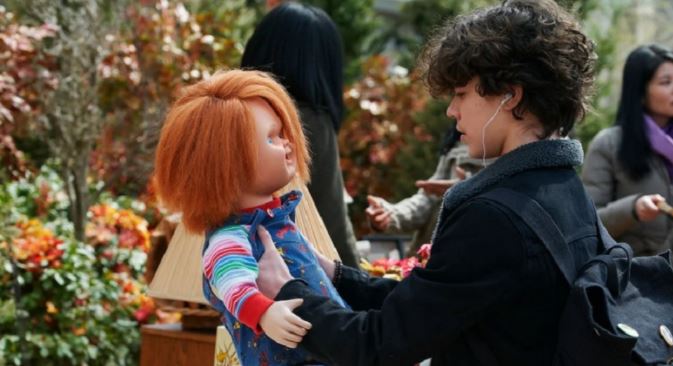 DISCOVER ALL THE NEWS ABOUT THE RELEASE OF EPISODE 2 OF SEASON 1 OF CHUCKY! DATE AND TIME OF RELEASE AND MORE.

Iconic slashers, from Michael Myers to Jason Voorhees, are recognized by children and the elderly, but it’s safe to say that no screen slasher is as instantly identified as your friend to the end.

Of course, we are talking about the murderous Good Guy doll, Chucky. Inhabited by the soul of serial killer Charles Lee Ray, we’ve followed the twisted exploits of little terror in a series of films, from Child’s Play in 1988 to Lars Klevberg’s tech-inspired remake in 2019.

From pure horror to hysterical comedy, the character has undergone a cinematic evolution over the decades, and the best entries arguably strike a harmonious balance between the two.

Cult of Chucky won its fans in 2017, and viewers were delighted to hear that the horror icon would be making the jump to television in a direct sequel in 2021. Episode 1 was championed by the Chucky– diehard heads and by casual viewers, so hopes are high for the following episodes. We tell you all about the release of Episode 2 of Chucky!

WHAT IS THE RELEASE DATE FOR CHUCKY EPISODE 2?

The first season will have 10 episodes. The release date for Episode 2 of Chucky has been set for October 19, 2021! For those who wish to see it directly when it comes out. The Chucky Episode 2 release time has been set for 10 p.m. in the US! Episode 2 should therefore be available the next day in France on independent streaming sites.

In Chucky Episode 2, titled “Give Me Something Good to Eat,” Jake will find himself in the heart of darkness on Halloween night. At a costume party, Chucky goes to attack Jake’s friends. As the murder doll will be determined to deal with Jake’s friends the only way he knows how the situation leaves Jake little choice.

Jake can either try to stop Chucky from killing his comrades or help him. But it remains to be seen if the teenager can resist the doll’s influence.