Escape The Undertaker: Explanation of the end! 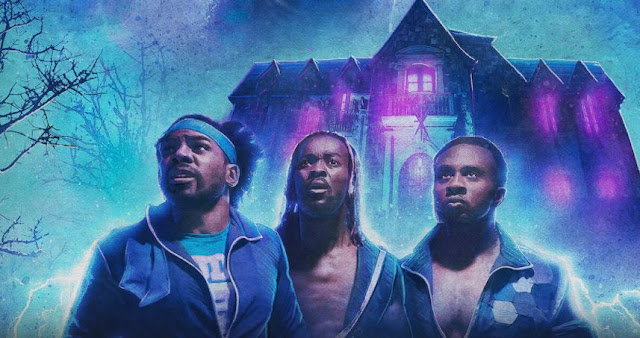 FIND OUT ABOUT THE END OF ESCAPE THE UNDERTAKER AND THE FULL SOLUTION IN THE INTERACTIVE NETFLIX MOVIE!

The interactive nature of the 31-minute film allows viewers to help Kofi Kingston, Big E and Xavier Woods make certain decisions as they attempt to navigate “The Deadman’s” mansion to get their hands on his mysterious urn. . What if all the decisions don’t determine whether or not you get the real ending of the movie.

There are a few options that lead to alternate endings where the movie immediately restarts and gives you the chance to make the other choice. We tell you all about the end of Escape The Undertaker on Netflix!

WHAT IS THE BEST WAY?

The first choice you will have to make on this journey will be whether you are up to the challenge or want to get out of there as quickly as possible. It doesn’t matter what you choose, because in any case, you have to play the game. You then choose the member of the New Day you want to follow as he ventures into the depths of the mansion, in search of the mansion. ‘Undertaker. Choose E and follow it to the lights, which lead you to the Undertaker’s Trophy Room.

The next choice is to go up or down to find the key. There are two keys. If you choose the floor first, there is a chance that you will get caught in an infinite loop. So choose the basement. After crossing the hallway, The New Day ends up in a morgue. There is a body belonging to an individual named Isaac Yankem.

Here, choose to stay with E and Kofi. The Undertaker emerges in the fog and vanishes with Woods if you choose to pursue him. For your next route, choose to continue searching as Woods suggests and not to pop the ballot box of the lock like E, frustrated.

The next choice is perhaps the most crucial of the whole trip. After going upstairs, E finds a vial of powder in a book in the Undertaker’s library. Choose to keep it. Then you have the choice of following Kofi through a secret passage or staying in the library with the other two. Stay in the library to discover how E and Wood get the second key from the mouth of what appears to be a taxidermic alligator once more.

As you might expect, New Days don’t listen and touch the ballot box together. They are then forced to experience their respective worst fears. You can select any of these fears. However, for your next pick, don’t make the boys choose a selfish option at the expense of their friendship because, in all three courses, this particular New Day member turns into one of the Undertaker’s druids.

The final battle between these forces of good and evil takes place in what looks like the Undertaker’s Workshop. Again, you can choose any of the boys to attack the Undertaker as the result is their defeat in all three cases. The boys must work together to win against the Deadman.

Your penultimate choice during the trip is to take the ballot box or destroy it. Choose the second option. This is where the vial of power comes in. E drinks from the vial and receives supernatural powers. He destroys the ballot box, and the Undertaker then disappears.

EXPLANATION OF THE END OF ESCAPE THE UNDERTAKER

Following the destruction of the urn and the disappearance of the Undertaker, a coffin opens, revealing The New Day outside. The boys congratulate each other for not only defeating the Undertaker but also destroying the ballot box. In addition, E recovered his soul. After their departure, you have a choice to make.

You can go back and face your fears once more or choose to rest in peace. Choose the latter, and the Undertaker appears, seated on his throne and applauding. He congratulates the member of the public who managed to escape his house with his soul intact.