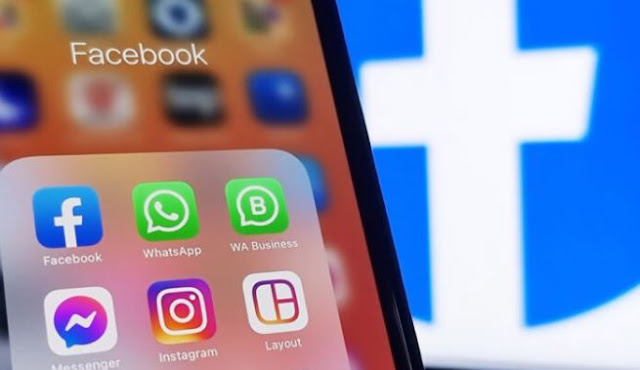 Facebook, Messenger, Instagram, and WhatsApp all suffer from a domain name problem that must be hard to fix, being offline for hours.

Facebook continues to suffer from one of the longest outages in its recent history, going offline around the world for hours. The source of the problem is still being determined, although some clues have recently come to light. Facebook is one of the largest social media networks, millions of people are feeling the effects.

With nearly 3 billion active Facebook users, the social network is larger than many countries and connects people and businesses around the world. Any failure impacts personal communication as well as business activity, with many small businesses relying on Facebook to build branding and generate sales.

The somewhat mysterious outage affects all of Facebook’s services, including Facebook Messenger, Instagram, WhatsApp, and even Oculus, all of which is owned by Facebook. The most recent information is that it appears to be missing DNS records, which was confirmed by Brian Krebs, a computer security expert, via a tweet. DNS stands for “domain name servers”.

It is a distributed search service that links the more readable name “Facebook.com” to the actual Internet address, which is digital. If the DNS records of Facebook websites are deleted or damaged, the domain name will not be converted to the form required for access. This is the situation that is happening now. Facebook didn’t reveal much information, other than acknowledging the outage through a tweet. 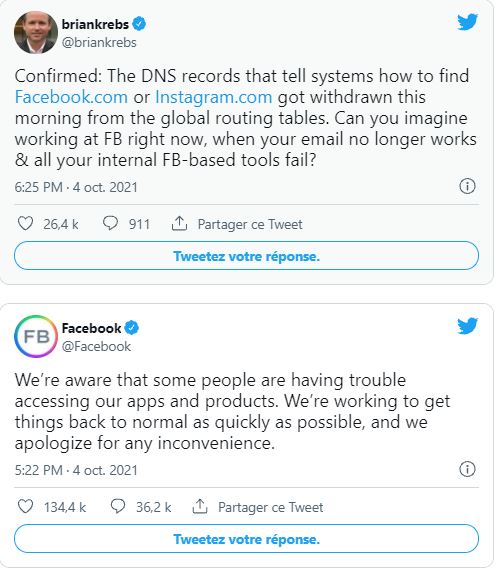 How long is it going to take?

DNS record changes can take up to 48 hours to correct, however, Facebook may be able to speed up the process by changing the time-to-live (TTL) setting. This is a delay that allows records that do not change frequently to be cached, reducing the load on computer systems. Facebook, Instagram, Facebook Messenger, and WhatsApp are unlikely to change their DNS frequently, which may have been fixed over a long period.

Unfortunately, changing the TTL in minutes does not necessarily correct the problem as quickly, as it does not apply to all name servers. Name server computers browse the Internet at their own pace, and a delay of 24 to 48 hours may be unavoidable. Facebook and its various other services may start going live in some regions sooner than others, as the update spreads around the world.

It is not known what caused this problem and whether the domain name problem was the only cause of the downtime. Twitter and several mobile operators have also experienced problems today. This could be linked to an unexpected increase in activity after Facebook and other sites were taken offline, which weighed on these other communication systems. For now, we have to wait and see what happens. Facebook and its other services could be back online in a matter of hours, if not days.