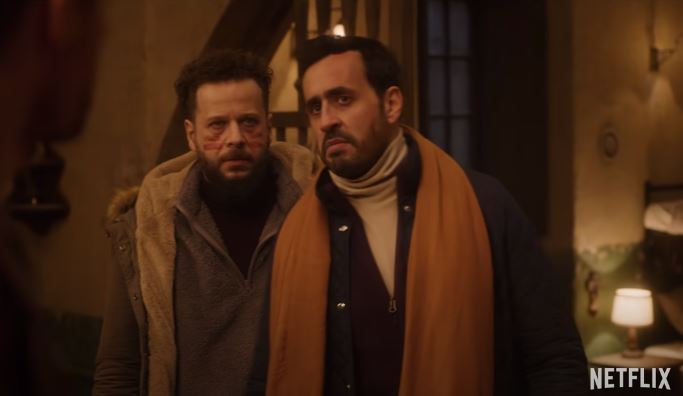 This Friday, October 08, we were able to find Jonathan Cohen and Gérard Darmon in the role of Joseph and Gérard Hazan, the owners of the butcher’s shop transformed into “butchers” thanks to the idea of ​​Joseph, a not-so-failed entrepreneur.

To date, Family Business is one of the most popular French original creations on Netflix. This comedy conquered the French and its success resulted in the commissioning of several seasons. But what about Season 4 of Family Business?

Without bad puns, everything seems to go up in smoke in the third season of Family Business. We were able to witness the kidnapping of the Hazan family, while the “butchers” have become more than a flourishing project, the Hazans find themselves imprisoned in a monastery from which they will do everything to escape.

But if there is one thing that has not disappeared, it is the quirky humor specific to the series with the valves of Jonathan Cohen on popular culture such as Koh-Lanta, Enrico Matias, The Ten Commendations and I pass.

But this third round of episodes stood out from the previous ones by the presence of many family revelations and thanks to the arrival of a new character: Leonardo, the son of Catherine (alias Penelope).

It is therefore a sometimes mixed assessment that Netflix subscribers have drawn up this third season ending with a rear end, which seems to put a final point to the comedy series.

Even if the success of the series would allow for the production of Season 4 of Family Business, it would appear that the third season is the last of the comedy. So it’s time to say goodbye to the Hazan family after just three seasons.

Indeed, in Netflix’s announcement regarding the release date of the third season, the streaming giant used the term “final season”, suggesting that they are not considering the release of season 4. Family Business. 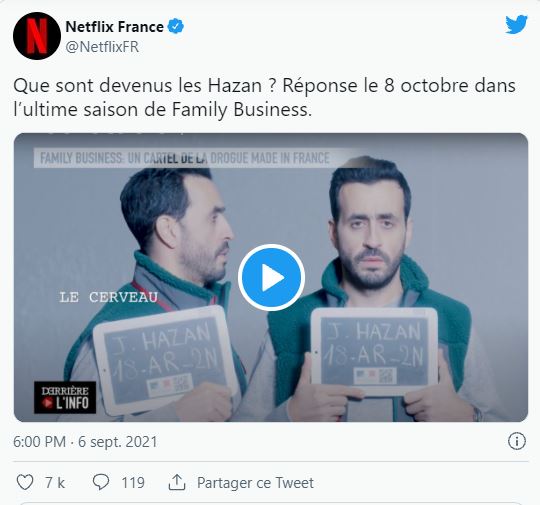 FAMILY BUSINESS SEASON 4 ON NETFLIX: HOW MANY EPISODES ARE PLANNED?

Family Business Season 4 would certainly have been 6 episodes if it had been produced, as it was the previous three seasons. In general, the number of episodes does not vary from season to season.

WILL THE SEASON 4 TRAILER BE AVAILABLE QUICKLY?

You will understand, the trailer for season 4 of Family Business will not be available anytime soon, never mind since the fourth season was not ordered by the streaming giant. The latter seems to want to definitively end the incredible adventures of the Hazan family.

WHAT IS THE RELEASE DATE FOR SEASON 4 OF FAMILY BUSINESS ON NETFLIX?

Unfortunately, we don’t know a release date for Family Business Season 4 as it won’t be produced. While this news may sadden many fans of the “butchers”, others are relieved, however, that the series was starting to run out of steam and drag on a bit.

Even if many potential new adventures were possible, Netflix, therefore, decided not to order season 4 of Family Business.