Friendzone: Is the Netflix movie based on a true story? 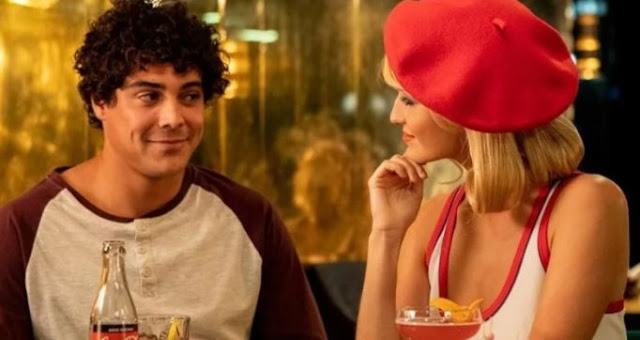 FIND OUT IF FRIENDZONE ON NETFLIX IS INSPIRED BY REAL FACTS!

Friendzone is available on Netflix! If you want to know if Friendzone is inspired by a true story, read on! Thibault is a hopeless romantic and a good guy. A really good guy. He works as a nurse in the children’s ward of the hospital.

He is supported by his three best friends, all women who have “friend-zoned” him in the past and now adore him for the loving and reliable friend that he is. The group is at the beach for one of them’s bachelorette parties, and Thibault is the only straight guy at the party.

After swimming naked in the ocean one evening, he comes to the aid of Rose, who is designing baby clothes, when she is stung by a jellyfish. He falls in love with her almost instantly, and the two grow closer, but it doesn’t take long for her to make him realize that everything romantic between them is felt only on her side.

Devastated, Thibault asks his friends for advice, who are teaming up to give him a hell of a makeover. He’s bodybuilding, learning to dance, getting sex tips, and, of course, a new wardrobe and hairstyle. He soon starts dating a very nervous influencer and for a while, it looks like his plan might work.

But all this deception comes at a price, and the new Thibault makes more than a few mistakes with his friends. If you want to know if Friendzone is inspired by a true story, read on!

IS FRIENDZONE INSPIRED BY A TRUE STORY?

Friendzone isn’t based on a genuine story, so don’t expect it to be. Authors Stanislas Carré de Malberg and Charles Van Tieghem, who is also the director, wrote an original screenplay for the picture. Van Tieghem spoke at length about the ideal underlying the movie story in an interview. According to him, the movie tackles the difficulties a boy confronts in transforming a friendship into a sexual relationship.

The writer-director said the story of the movie is very reminiscent of our modern times when men find it difficult to relate to women. Most men find it difficult to present themselves in front of other women because of the various preconceptions and the generalization of what women like and don’t like about a man. The same goes for the movie protagonist, Thibault, whose distress results from his inability to present his best assets to the woman he loves.

Overall, Friendzone is a fictitious movie that explores the common issue of the difficulties that arise when attempting to pursue a romantic connection with a loved friend. Friendzone is a movie that straddles the line between friendship and romance, giving it a grounded feel. However, the picture has comedic and exaggerated elements that one would anticipate from a genre movie.