Halloween Ends: What is the release date? A sequel planned for Halloween Kills? 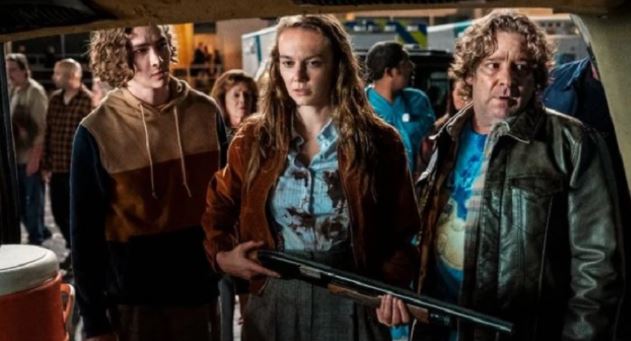 Halloween Kills is available in the cinema! If you want to know when Halloween Ends will be released, read on! The Laurie Strode and Michael Meyers saga continues this weekend with Halloween Kills, the 12th entry in the slasher movie franchise. Serving as a direct sequel to the 2018 Halloween movie.

This new movie once again brings back Jamie Lee Curtis who starred in John Carpenter’s original 1978 Halloween movie as Laurie, the runaway wife of the deranged killer known as Michael Meyers. To find out if there is a post-credits scene at the end of the movie, read this.

But like in the 2018 movie, Laurie now has her family by her side, including daughter Karen and granddaughter Allyson. And she also has the support of other former victims of Michael, including Tommy Doyle, one of Laurie’s children in 1978.

It all comes to an end in a particularly brutal confrontation with Michael. We’re not going to reveal anything, but the ending doesn’t quite sum up the story. For a detailed explanation of the movie ends, read this. Viewers are wondering: Will there be a sequel to Halloween Kills, and when will it be released?

WHAT RELEASE DATE FOR HALLOWEEN ENDS?

Originally, Universal planned that the two Halloween sequels would be turned back to back and release in October 2020, but neither ultimately happened. Instead, Halloween Kills has been delayed for a year due to the COVID-19 pandemic, and filming for Halloween Ends has been pushed back to January 2022.

Currently, Universal has set the Halloween Ends release date for October 14, 2022, in the US, with Jason Blum wanting an exclusive theatrical premiere rather than a hybrid streaming and theatrical release. We can therefore hope to have a release date of October 12, 2022, in France for the sequel to Halloween Kills!

WHAT CAN WE EXPECT FROM THE HALLOWEEN KILLS SUITE?

As the title suggests, Halloween Ends will likely end more than 40 years of terror spawned by Michael Myers. Both Jamie Lee Curtis and Halloween Kills have hinted that Laurie Strode will have to die for Michael to be eliminated as well, so she will likely sacrifice herself to kill him.

Halloween Kills also suggests that Michael Myers is more than a man as he is repeatedly shot and stabbed without ever collapsing, so it will take more than traditional weapons for Laurie to finally kill him. The end of Halloween Kills implies that Michael is not an evil person, but rather a manifestation of evil.

So it’s possible that one of the characters, or even Laurie herself, ends up wearing the white mask. “Evil dies tonight” was Halloween Kills’ mantra, but as its ending proved, evil could simply resurrect in Halloween Ends.

WHO WILL BE BACK ON THE CASTING SIDE?

We can expect James Jude Courteney and John Castle to return as Michael Myers, Andi Matichak as Allyson, Will Patton as Frank Hawkins, Omar Dorsey as Sheriff Barker, and possibly Judy Greer as Karen (if she’s dead) and of course Jamie Lee Curtis as Laurie Strode.