Insiders Season 1: Who is the winner of the Netflix show? Spoilers! 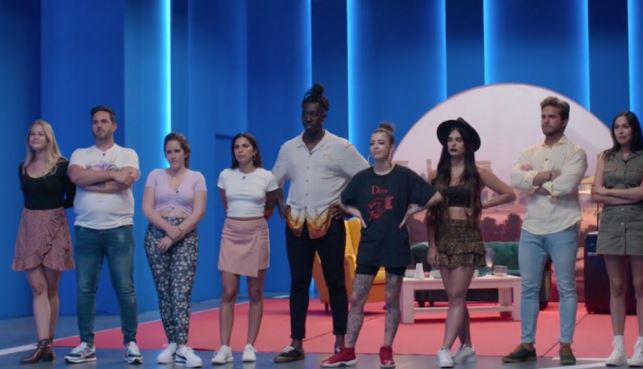 FIND OUT WHO’S THE WINNER OF INSIDERS SEASON 1 ON NETFLIX! SPOILERS!

Insiders are available on Netflix! If you want to know who the winner of Insiders is, read on! Insiders is a reality TV series created by Jose Velasco and Equipo Creativo iZen. The Spanish series follows a group of contestants who believe they are in the final casting stages of a reality TV show.

In reality, the candidates are filmed from the start. They must complete a series of tasks to have a chance to walk away with a grand cash prize of $ 100,000. This exciting and mind-boggling series explores how the nature of contestants changes when they feel like no one is watching.

If you’ve watched the first season and haven’t grown tired of the drama generated by the show’s ingenious format, you must be wondering when Season 2 is coming out, we tell you everything here. If you’ve come to find out who the big winner of Insiders Season 1 was, read on!

WHO IS THE WINNER OF INSIDERS SEASON 1 ON NETFLIX?

The contest is hosted by Najwa Nimri, who many Netflix subscribers may recognize from her role as Alicia Sierra Montes in La Casa de Papel. This 49-year-old woman is also a singer.

Before the Insiders stars realized they were already competing on a show, Tatiana, Iván Míguez, Query, and Cynthia were sent home.

When contestants learned the true nature of the series in the fourth episode, “Streaming Life,” the pressure mounted. The remaining nine candidates had seven days of isolation to prove they were worthy of winning the award.

Although she had disagreements with several of her co-stars in Insiders, including Iván Molina. Nicole was ultimately named the very first Insiders winner. The 27-year-old social media star beat Iván, Olaya and Laura in the seventh and final episode of the season, “The Last Shall Be First” and she now has over 17 euros in her bank account.